Are the latest stick computers good enough to be your "main PC"? 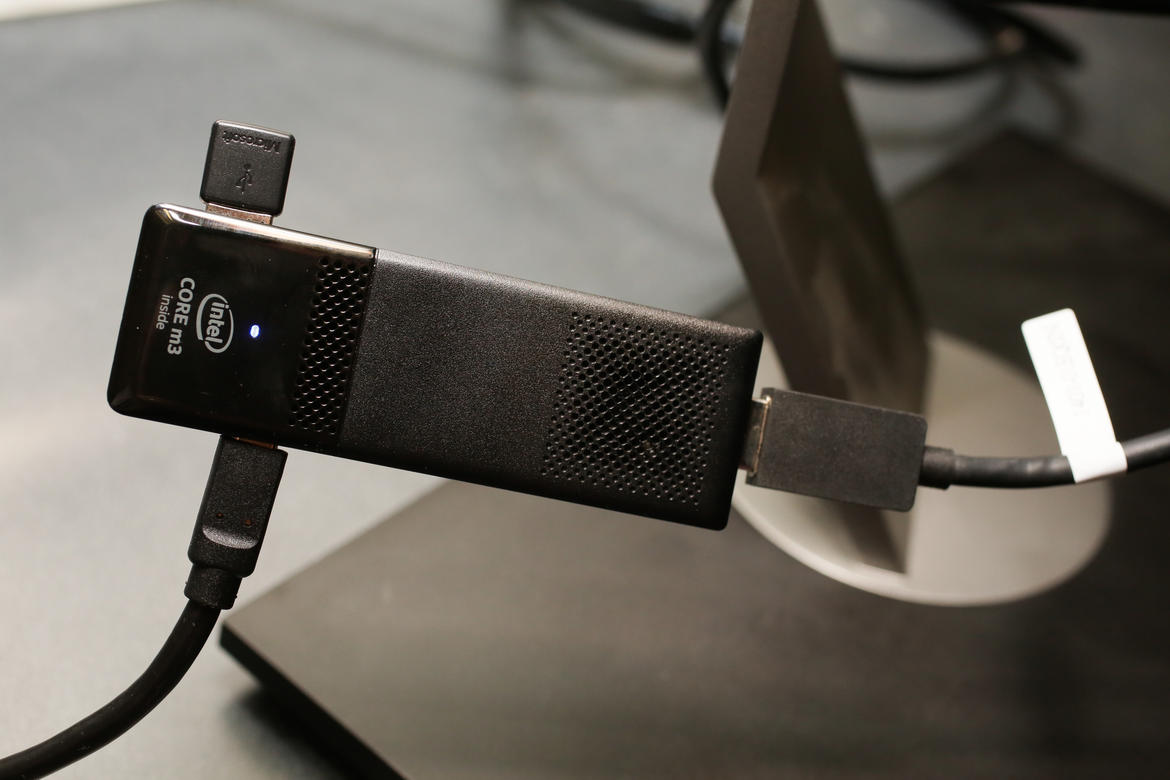 Stick computers plug straight into a display's HDMI plug, like a giant USB thumbdrive, and Intel's made the most powerful one yet. At $390, the Intel Compute Stick Core m3 is by far the most expensive in its class, too.

While the first- and second-gen Compute Stick PCs worked fine for basic web surfing and video viewing, they could definitely chug, even under moderate workloads. In the case of the more powerful Core m3 version, it was easy to forget we had a simple stick-based PC hooked up. Performance was far better than that of the Atom Compute Stick we tested just six months ago, and on par with the handful of more expensive Core M-series systems we've seen (note that most of the Core M-series PCs we've tested use the even faster m5 and m7 CPUs).

There's also not a ton of storage space for installing apps, such as Photoshop or Microsoft Office -- just 64GB, plus a microSD card slot for possible expansion. So you may end up relying on cloud-based tools, such as Pixlr for photo editing, Netflix and other streaming services for video, or Google Docs and Office 365 for productivity. When we tried them out, the Core m3 Compute Stick ran each of those smoothly, as expected.

The thing that always annoys me about these is the need for external power. I love the idea of stick computers, but it's not as if it's practical to just stick them into a display. So I feel their form factor is something of a broken promise from the outset: they just end adding to the rat king of cables already lurking behind your display. Chances are you'll get more from a NUC.

That said, this tiny gadget passes an important threshold of performance! Let's see some case mods: as the first stick computer in the same league as everyday laptops and desktops, a new generation of tiny, weird enclosures are unlocked for use as a "Main" PC. I wonder, would it fit inside a classic IBM Model M SSK keyboard?