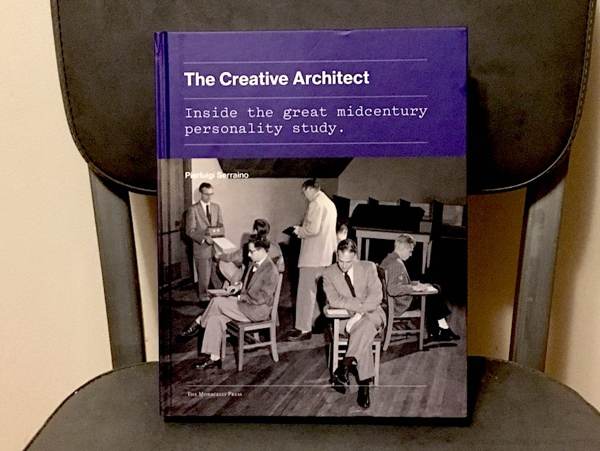 In 1958 and '59, an unprecedented study was conducted by the Institute of Personality Assessment and Research at the University of California, Berkeley. The idea was to apply the latest psychological tests on the world’s most famous and accomplished architects to try and determine what makes them so creative and successful. In studying them, could some magical key to creativity be discovered?

Astoundingly, some 40 major architects volunteered, including Eero Saarinen, I.M. Pei, Philip Johnson, George Nelson, Louis Kahn, and A. Quincy Jones. The group spent three days being subjected to a battery of tests, sitting for interviews, even evaluating the creative and design prowess of each other. While the idea was to publish the results of the tests at the time, besides some news and fluff pieces about the study, and some superficial conclusions about the nature of the creative impulse that drove these design superstars, the full results of the study have remained unpublished until this impressive new release from Monacelli Press.

The Creative Architect: Inside the Great Midcentury Personality Study is a lovely and thought-provoking time-capsule of a book. Through its numerous black and white photos and reprints of the research materials, correspondences between the subjects of the study and the psychologists, and news clippings of the day, the book paints a surprisingly evocative picture of this unique study and the era in which it was conducted. Reading the test results, in the architects’ own hands, and the evaluations of the researchers, is fascinating.

So, what conclusions did the study finally reach? Nothing earth shattering. Going into the study, the research group had circulated a list of “genius” attributes from a 1957 book about Freud, which included things like “the power of deep concentration, tremendous patience, and self-discipline...” and the “ability to generalize from the particular and to separate the significant from the unimportant...” Drawn from the data, the study reinforced many of these suppositions with conclusions like: “What propels creativity is the unfettered expression of the self,” “finding the solution to a problem is not sufficient to bring them personal satisfaction: there is a further demand for the solution to be elegant,” and the discovery that creative individuals “consistently safeguard their self-determination in order to stay their course and pursue what interests them no matter what, in a fierce escape from conformism of thought and behavior.”

The Creative Architect: Inside the Great Midcentury Personality Study doesn’t necessarily contain any easy, replicable recipes for living a creative life, for becoming a design god. But what it does do is curate a captivating collection of literal and figurative snapshots from a peak time in design history and the creative genius that drove it. And that is ultimately very inspiring.

[RELATED: Here's an excellent podcast episode about the study from 99% Invisible. – Mark]