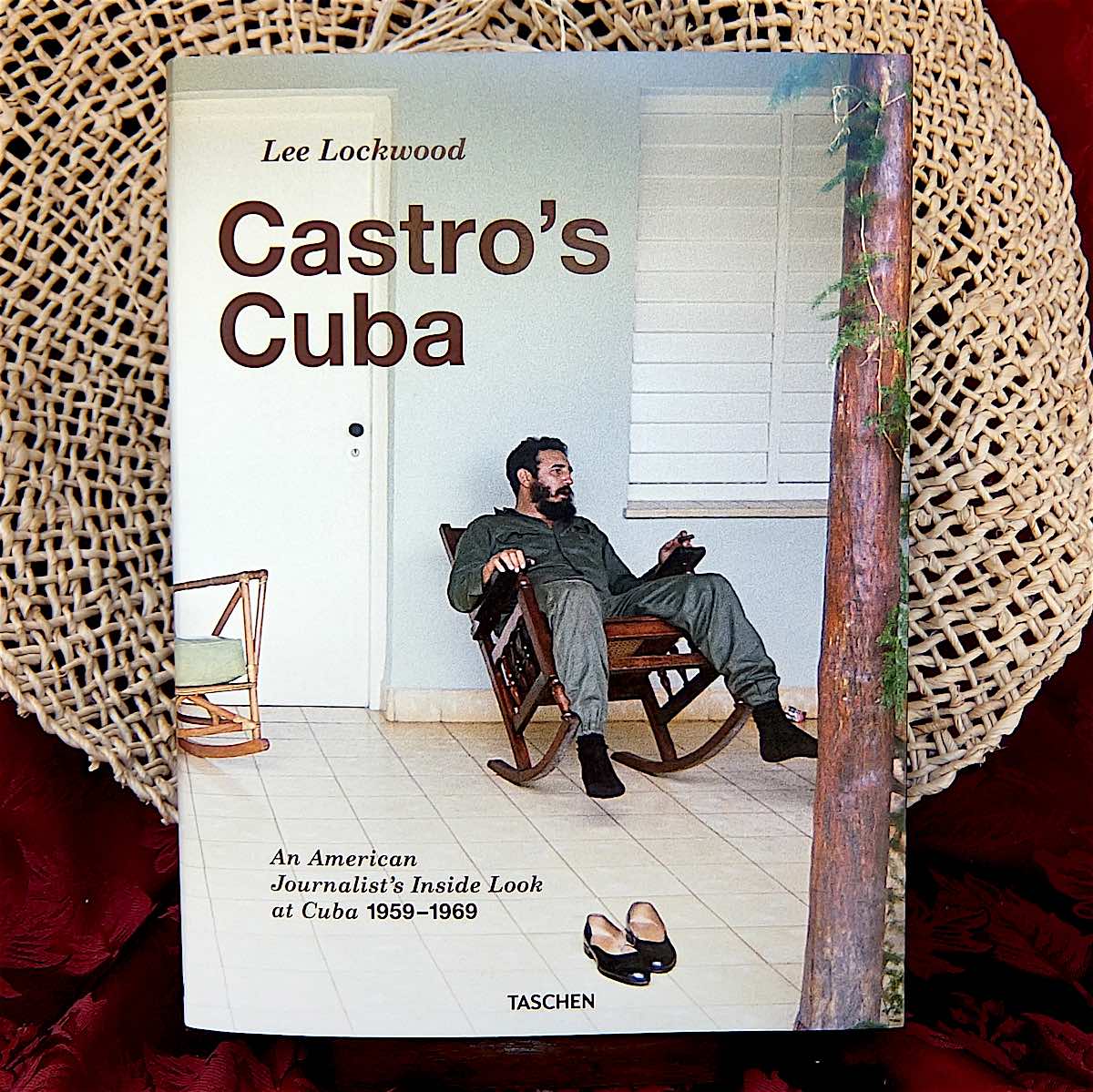 Right now, Cuba is red hot, hotter even than when Ry Cooder introduced most of the world to the Buena Vista Social Club almost 20 years ago. Thanks to the normalization of relations between the United States and the Caribbean island nation, American tourists will soon have a new place to drink alcohol, lie in the sun, and complain about their ceviche – regular flights between the U.S. and Cuba begin at the end of August.

Despite the diplomatic thaw, though, Cuba is still Castro country. Fidel, who just turned, 90, may be out of the picture, but his younger brother, Raul (age 85), remains firmly in control. Which makes the new Taschen reprint and expansion of photojournalist Lee Lockwood’s 1967 Castro’s Cuba, Cuba’s Fidel so timely. The new 7 ½-pound, 360-page version – simplified to Castro’s Cuba — expands greatly on the original, supplementing the original 100 black-and-white photos with hundreds of color shots, a pair of essays by the late Castro documentarian Saul Landau, and, as usual with Taschen, high-production values.

Style, though, is not the book’s primary virtue. Its heart revolves around lengthy interviews Lockwood conducted with Fidel Castro in 1965, in which the revolutionary leader spelled out his vision for his country — from its agriculture to its education system to its arts. Castro considered the roles of his country’s institutions carefully, explaining at one point that what looked like political indoctrination to Americans was social education to the Cubans, who were, after all, being prepared for a new life in a new Communist society. “From an early age,” Castro tells Lockwood, “they must be discouraged from every egotistical feeling in the enjoyment of material things.” Lockwood captured examples of this social education with his camera, as seen in the numerous images of young people working in fields, but he was no propagandist for the Cuban leader who granted him so much exclusive access — Lockwood also got a priceless candid shot of two boys proudly posing with the latest album by The Beatles.

Since 2016, American and Canadian diplomats at an embassy in Havana, Cuba have suffered neurological problems thought to have been caused by mysterious “acoustic attacks” from some sort of sonic weapon. While several theories have been posited about the cause of the so-called Havana Syndrome, a new scientific study suggests that the sickness may be […]

It’s easy to undervalue how much joy music can bring into a life. Rafael is a guitarist from Guantanamo, Cuba. He doesn’t have reliable access to the Internet, so a lot of the music that we take for granted has never made it into his ears. In this video, posted to YouTube by ATKFW, Rafael […]