How I rooted my Amazon Android tablet 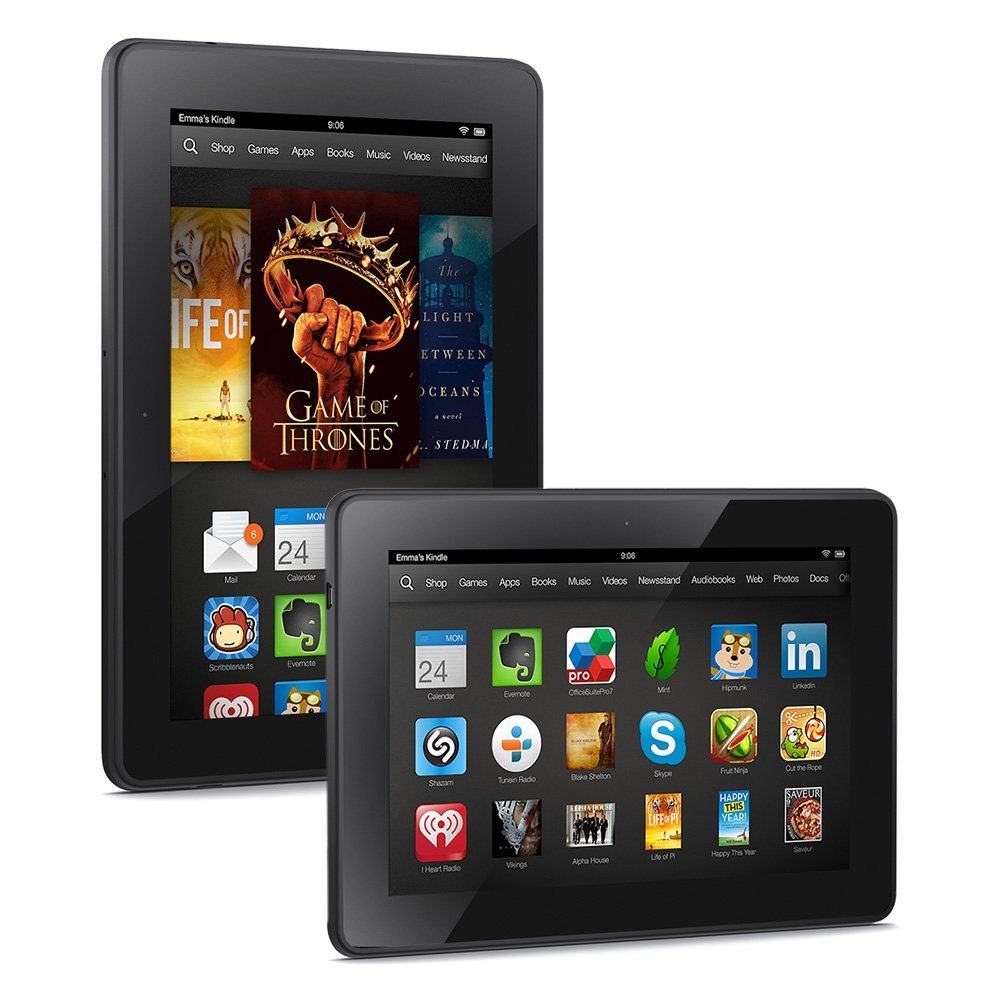 I'm a huge fan of Amazon's cheap tablet computers. Amazon's Android-based tablet OS is breeze to set up for my 9 year-old, but their proprietary paywalls blocked me from getting everything I wanted installed on mine. Luckily, rooting most Android devices is pretty easy.

I was so happy with my daughter's Fire HD 7 that I almost bought one for myself. Reading about Amazon's hardware, I realized I could get the earlier 7" model, the HDX, for about the same price but with oodles more horsepower, resolution and RAM. I decided it was a worthy $60 experiment, to see if I could convert. A 64GB WiFi-only unit was soon in my hands.

The HDX 7 is super fast. It's wonderful for watching video and for general web surfing. It is likely still one of the more powerful tablets out there. Amazon, however, blocks access to the Google Play (the android App Store), and forces you to use their Amazon app store. This limited how useful the tablet would be for me, because I wanted Gmail, Google Hangouts and a few other simple apps. Amazon's weird alternatives for those apps were less than satisfying. What's more, Slither.io wasn't available via the Amazon store on the HDX 7.

There was one option left. I decided to root my device.

The first thing I suggest that anyone else do before changing a single configuration option on your tablet or phone is to read up on the process via the XDA Developers forum. Internet forums are widely known to be full of people who believe they have all the answers. This forum comes pretty close to being a place where some users do have all the answers. That doesn't mean you won't brick your device. Be careful!

Most Android devices can be rooted rather easily. Kingroot is a nearly one-click way to gain superuser access to your OS. The Kingroot website it self has a wonderful tutorial.

Once your device is rooted, I suggest installing ES File Explorer, a file manager. It will confirm that your "rooting" has worked, and allow you access to the filesystem in a way that allows you to start making changes.

Next, I installed Safestrap4.01, a boot loader and ROM flasher. Then I tried the various pure Android ROMs. There are several, all based on Android KitKat. Honestly, I preferred the base Amazon OS to these. Amazon offers deep integration into their Kindle and Prime subscription services. The Android ROMs felt bare and empty. They reminded me of the early days of Red Hat Linux, and I wasn't willing to go there. Tablets are about media viewing, for me, and Amazon makes that easy. I just needed access to Google's apps, but didn't want to lose video downloads from Prime.

Installing Google Play was pretty easy. I followed the directions here and everything was smooth sailing. Gmail, Hangouts, and all my associated Google services are magically there.

Ten years ago this was called "jailbreaking" a device. I remember bricking an iPhone 1 and needing help from a developer to rescue it. The experience with this Amazon Android device was pretty pleasant. It is certainly possible to brick a device, but if you read carefully and follow the directions everything just seemed to work out well.

I see a wide spectrum of prices for used Fire HDX tablets, having "got root" on mine I am very happy with this $60 investment.

**Warning: Amazon has recently released an OTA update for the Fire HDX 7. Instructions for turning OTA updates off are here.