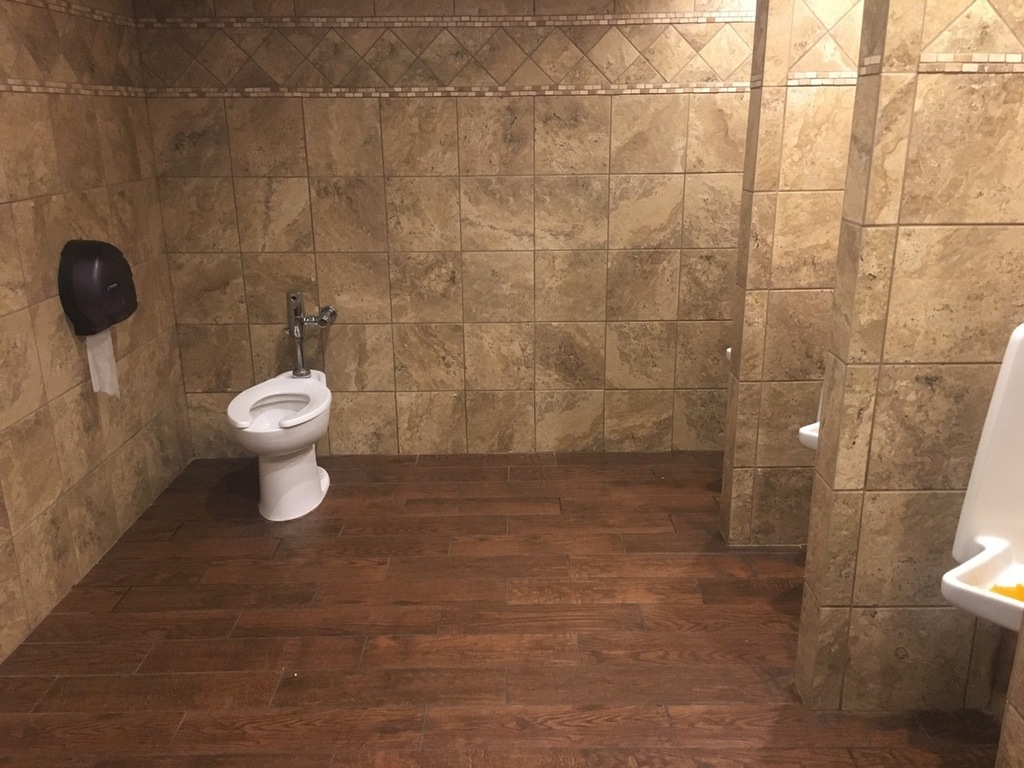 Reddit user rykahn confirms that there is no lock on the door of the Existential Toilet they chanced across this weekend, where one is always alone yet fully empowered by the cold vastness of the universe. [via CrappyDesign]