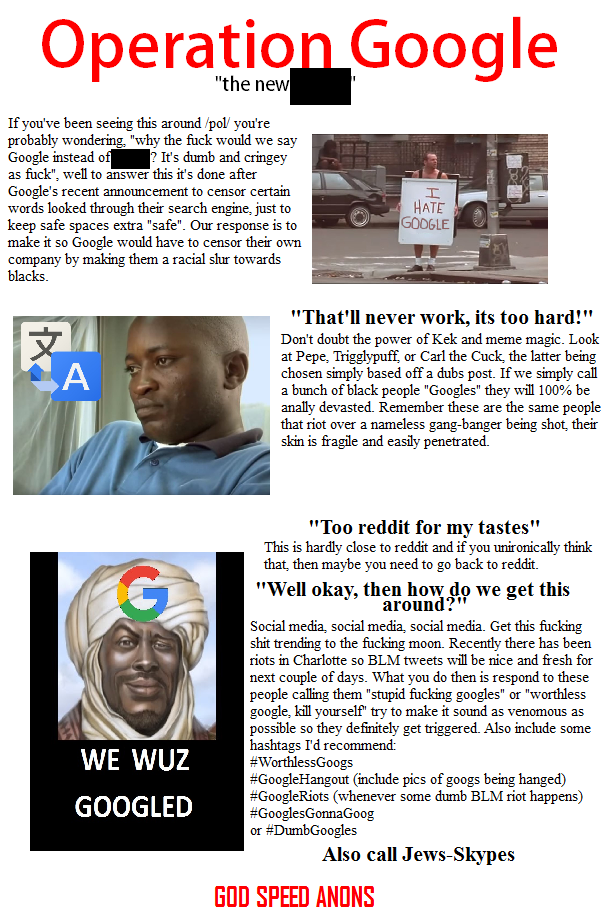 Google is downranking websites that use pejorative, racist terms like n*gger, so the awful people of 4chan and /pol/ are replacing that word with "google."

The plan also includes a bunch of other substations, like "bing" for "gook/chink" and "car salesmen" for "liberals."

It was from that thread that the idea came from. If Google wants to block offensive words, then they are going to give them the most offensive word to block: GOOGLE.

The plan has already taken root on 8chan’s /pol/ board and several other 4chan boards. Every time they want to use the word “N*gger”, they’re going to use “Google” instead. Let Google block that:

4chan and /pol/ are launching “Operation Google”
[Stsadmin/Age of Shitlords]