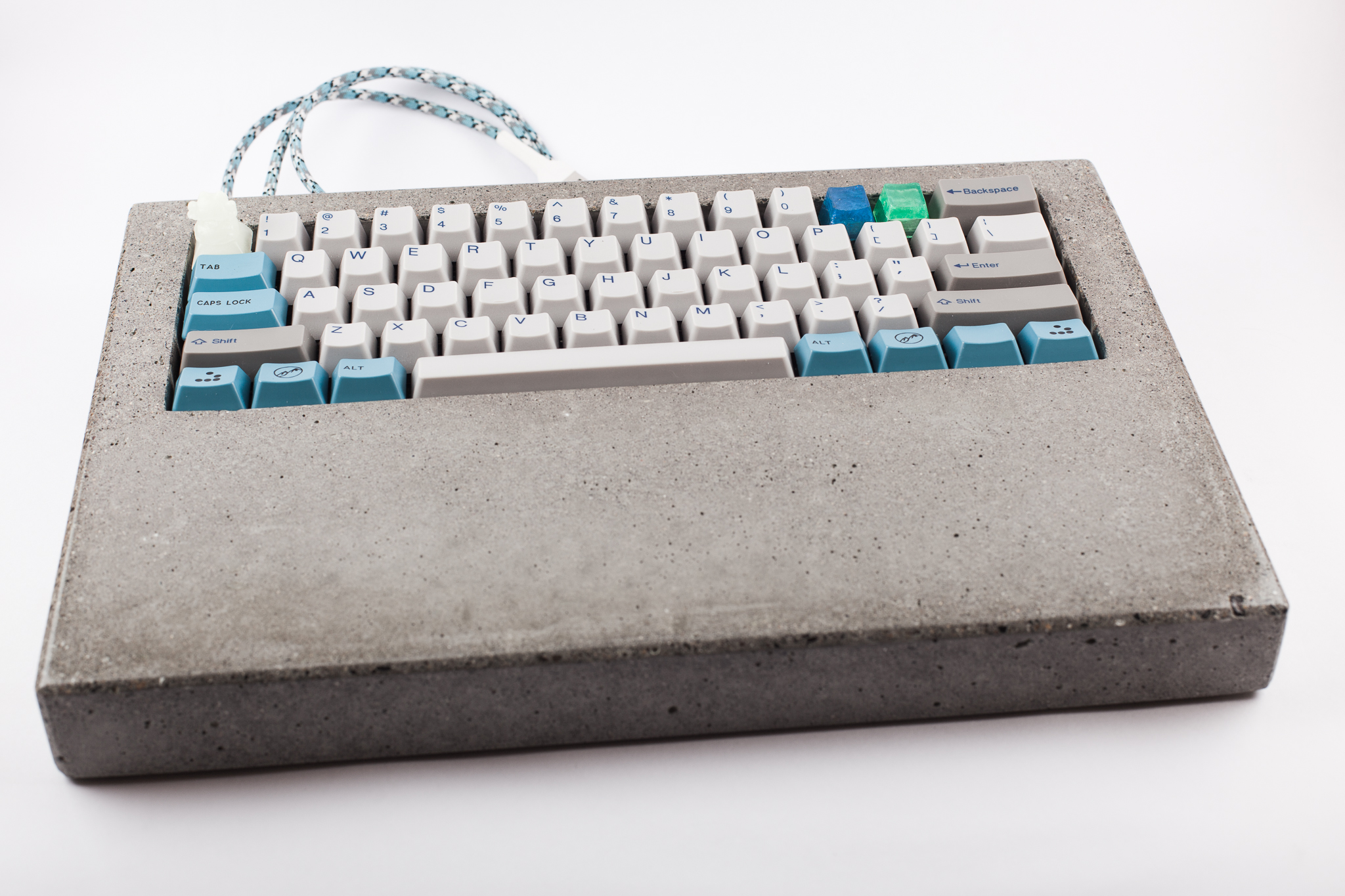 Redditor ipee9932cd couldn't find a keyboard to their liking, so they built the casing of their dreams—out of cement. The brutal board weighs in at 12 pounds (yes, heavier than an IBM Model M) and "it takes some force to move it."

Being my first concrete cast, I chose not to put any rebar and want to see what happens over time. I know nothing about concrete, just did some research and went for it so we'll see what happens. It's not moving off my desk, even if I try, and when I do move it I never hold it from one edge. I was thinking about trying basalt rebar or glass fibers for the next cast...

the full gallery has 5 glorious shots of this brutal contraption, and there's an accompanying how-to gallery to show each step of the way. (Not shown is dismantling a keyboard and installing the important bits, but I guess if you're that far into custom keyboards it won't be a problem for you.) [via r/MechanicalKeyboards]