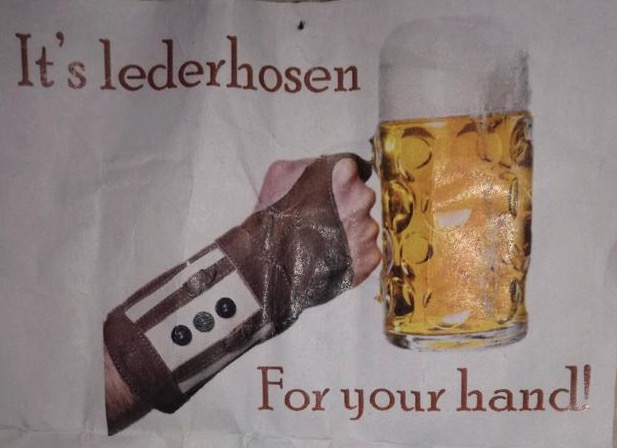 Evidently on sale at an Oktoberfest someplace. Unattractive at any price. Via Imgur.

I've always had a weird thing for women in a dirndl. Kinda the costume of the oppressor, I guess.

Bavaria's far-right, Islamophobic government enacted its Kreuzpflicht ("cross obligation") law, which mandates that every government building must display a Christian cross, and finessed this violation of Germany's legally enforced separation of church and state by claiming the crosses were "cultural," not "religious" and by saying that each building "should hang up the cross as they […]