Coming soon to New York, an underground park: The Lowline 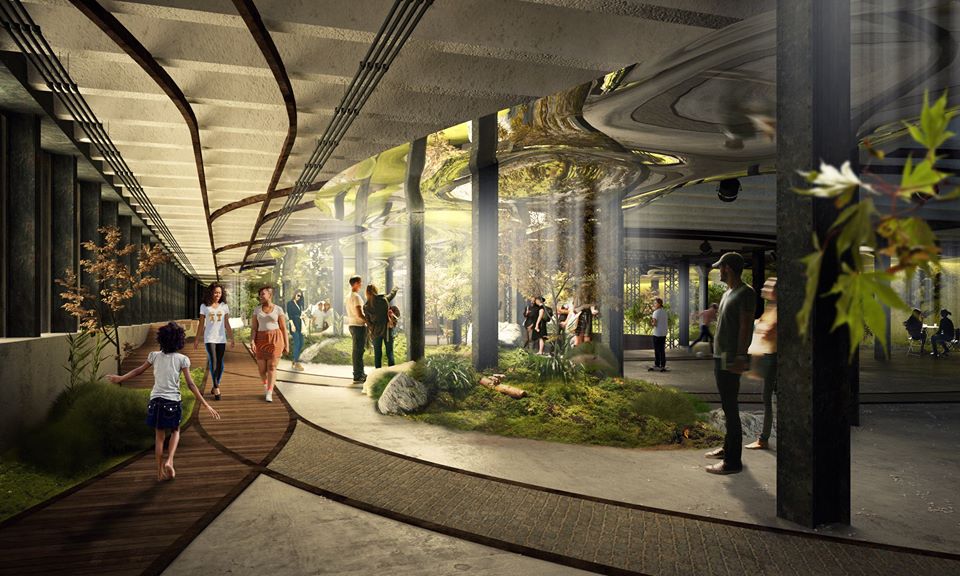 Do you like the Highline park in Manhattan? There's a subterranean version coming soon. The Lowline looks like it's going to be amazing.

“Plans are underway to build what its supporters say would be the world’s first underground park,” reports Winnie Hu at the New York Times, under the terrific headline, “Move Over, Rats. New York Is Planning an Underground Park.”

An abandoned trolley terminal near the Williamsburg Bridge on the Lower East Side of Manhattan would be transformed into a green space built by a nonprofit group that has spent years experimenting with solar technology. The group proposes to illuminate the underground space with sunlight collected by high-tech panels above ground and reflected down through a series of pipes.

Called the Lowline, the one-acre park below Delancey Street would feature a year-round garden with herbs and vegetables. In a nod to the past, the group behind the park, the Underground Development Foundation, would also display parts of the original terminal — an old booth, U-shaped trolley tracks, a cobblestone floor — alongside new seating and play areas.

Learn more about the project at lowline.org.

Here's a snip from their "about" page:

Designed by James Ramsey of Raad Studio, the proposed solar technology involves the creation of a “remote skylight.” In this approach, sunlight passes through a glass shield above the parabolic collector, and is reflected and gathered at one focal point, and directed underground. Sunlight is transmitted onto a reflective surface on the distributor dish underground, transmitting that sunlight into the space. This technology would transmit the necessary wavelengths of light to support photosynthesis, enabling plants and trees to grow. During periods of sunlight, electricity would not be necessary to light the space. In September 2012, the Lowline team built a full scale prototype of the technology in an abandoned warehouse in the Lower East Side, for the “Imagining the Lowline” exhibit. The exhibit attracted thousands of visitors, was heavily covered by the press and ultimately served as a proof of concept.

We are inspired to use technology to improve the lives of city residents, by creating more of the green space we all need. The Lowline aims to build a new kind of public space— one that highlights the historic elements of a former trolley terminal while introducing cutting-edge solar technology and design, enabling plants and trees to grow underground.

To explore our vision in greater detail, we commissioned a preliminary planning study with Arup, the global engineering firm, and HR&A Advisors, a leading real estate, economic development and energy-efficiency consulting firm. The study concluded that the Lowline was not merely technically feasible, but would also vastly improve the local economy and the adjacent transit hub. Once built, the Lowline would be a dynamic cultural space, featuring a diversity of community programming and youth activities.

We envision not merely a new public space, but an innovative display of how technology can transform our cities in the 21st century. And along the way, we intend to draw the community into the design process itself, empowering a new generation of Lower East Siders to help build a new bright spot in our dense urban environment.

Via the NYT: “The park would resurrect part of the Williamsburg Bridge railway terminal, which served as a hub for trolley cars for more than four decades before it closed in 1948.” Image: The New York Transit Museum