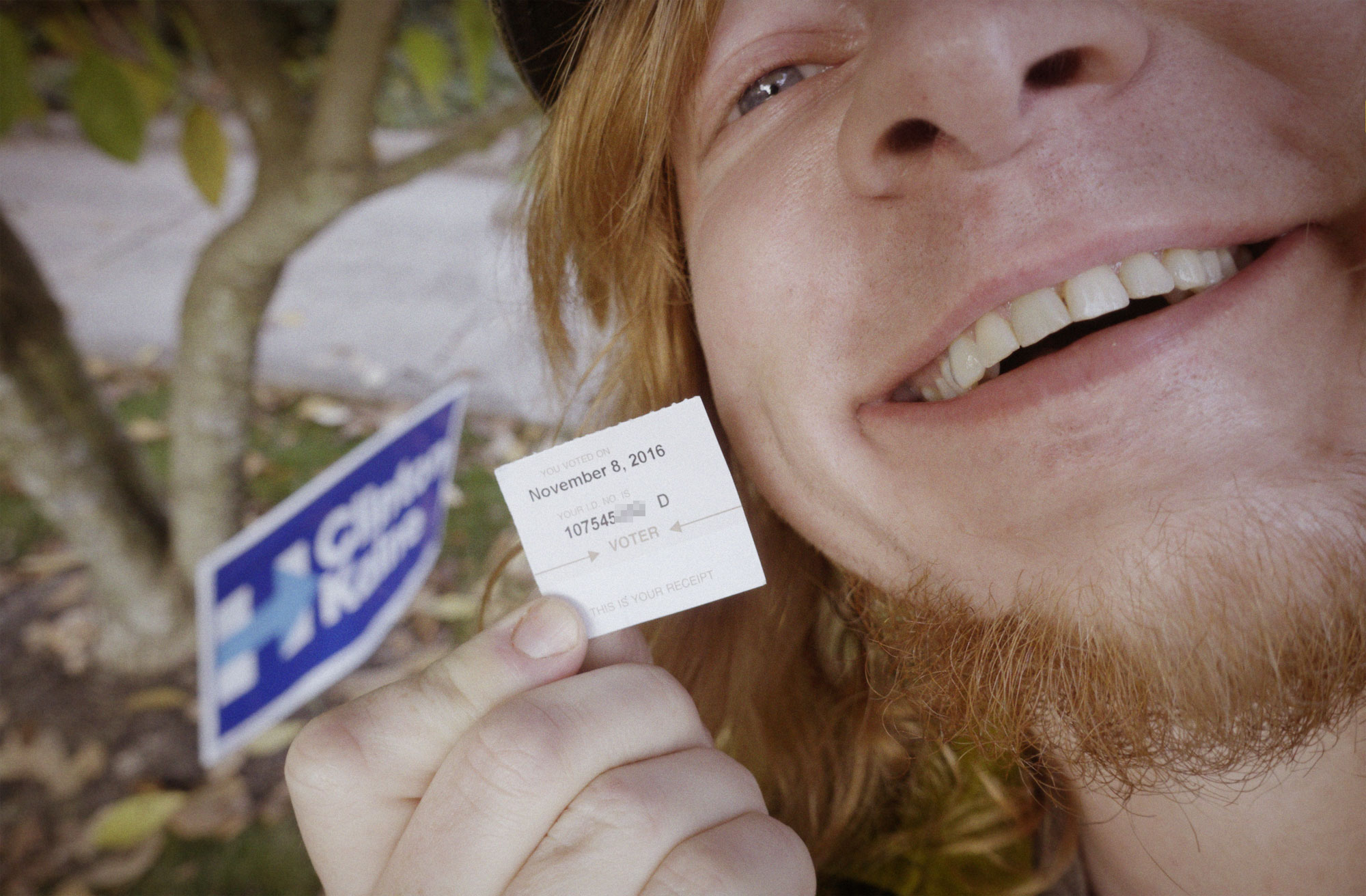 I recently became an American citizen. I just voted for the first time in my life. Ballot selfies are legal in PA, but it's all on computer and all you get printed for you is this wee receipt! I'm a sexy anarchist, but I voted for Hillary Clinton and recommend that you do too, because she's the second-best choice this system has ever given us and the best one's already got the job. Donald Trump, on the other hand, is a racist cheapjack, a gallon baggie of apricot pruno left to go rancid in the sun until it bursts like a beached whale.