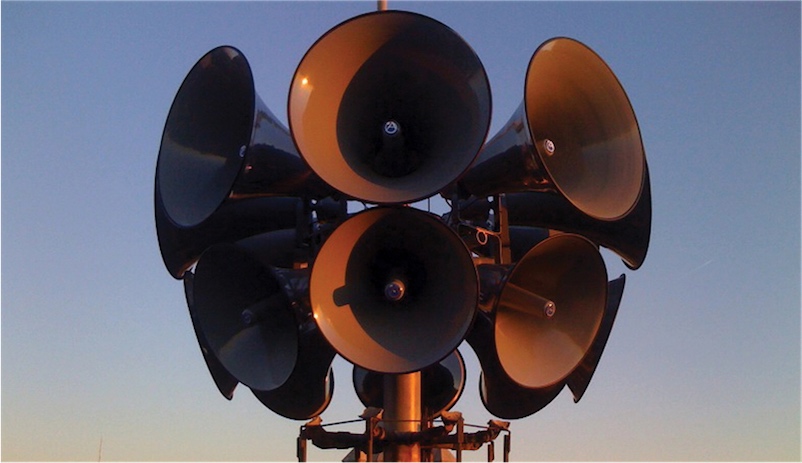 
The faster an alarm goes, the more urgent it tends to sound. And in terms of pitch, alarms start high. Most adults can hear sounds between 20 Hz and 20,000 Hz—Baldwin uses 1,000 Hz as a base frequency, which is at the bottom of the range of human speech. Above 20,000 Hz, she says, an alarm ”starts sounding not really urgent, but like a squeak.”


Harmonics are also important. To be perceived as urgent, an alarm needs to have two or more notes rather than being a pure tone, “otherwise it can sound almost angelic and soothing,” says Baldwin. “It needs to be more complex and kind of harsh.” An example of this harshness is the alarm sound that plays on TVs across the U.S. as part of the Emergency Alert System. The discordant noise is synonymous with impending doom.