A map of ships buried under San Francisco Financial District 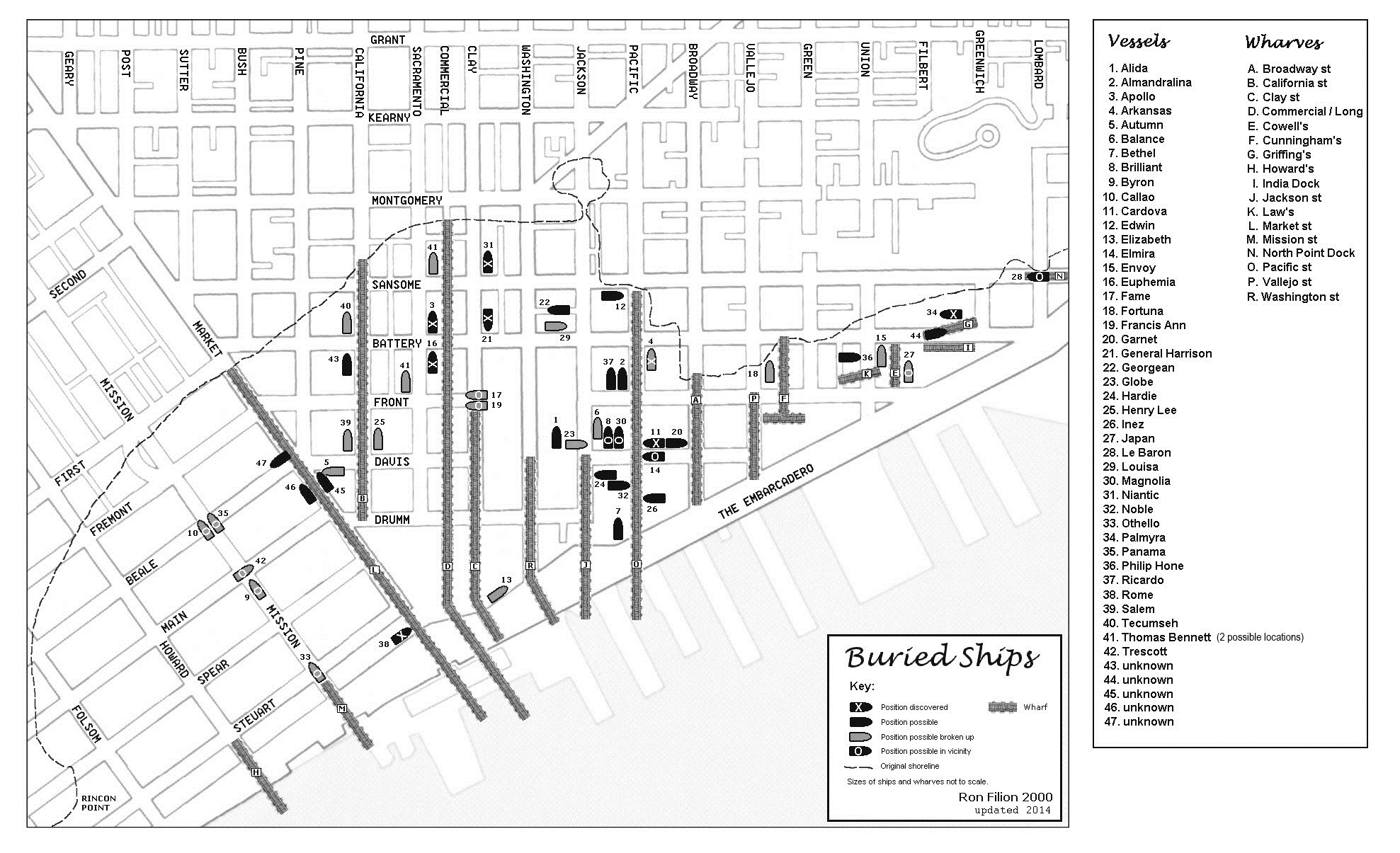 Much of San Francisco's Financial District used to be Yerba Buena Cove, where Gold Rush ships were abandoned in such numbers that many just rotted away till they sank.

The shore was at present-day Market Street and First. Some of these ships, like The Apollo and The Niantic, were converted into saloons and hotels.

The Euphemia was converted into a jail. Some of the ships have been unearthed during construction; others still lie where they met their fate.