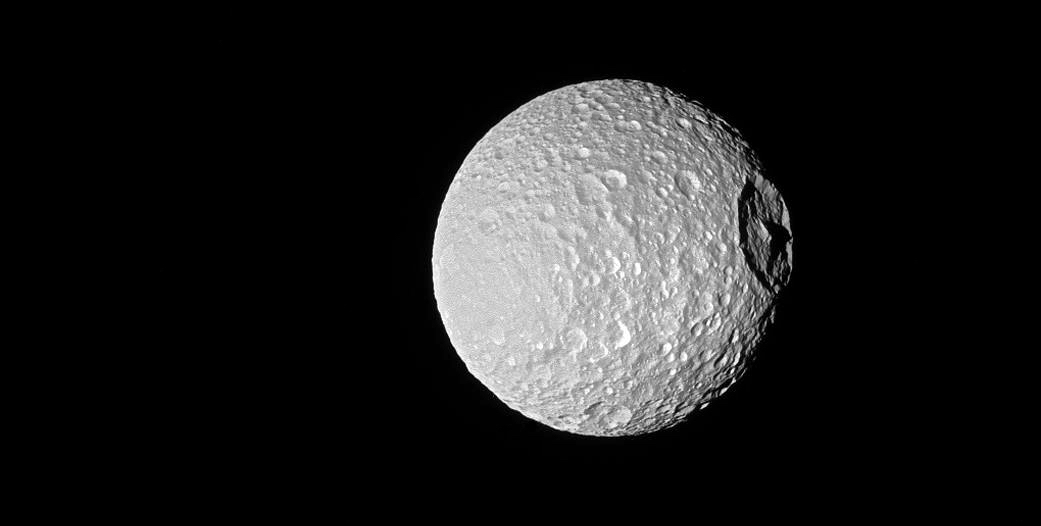 NASA claims this image taken by the Cassini probe depicts Saturn's moon Mimas with the distinctive Herschel Crater, but we know better. From NASA/JPL-Caltech/Space Science Institute:

Named after the icy moon's discoverer, astronomer William Herschel, the crater stretches 86 miles (139 kilometers) wide -- almost one-third of the diameter of Mimas (246 miles or 396 kilometers) itself...

This view looks toward the anti-Saturn hemisphere of Mimas. North on Mimas is up and rotated 21 degrees to the left. The image was taken with the Cassini spacecraft narrow-angle camera on Oct. 22, 2016 using a combination of spectral filters which preferentially admits wavelengths of ultraviolet light centered at 338 nanometers.