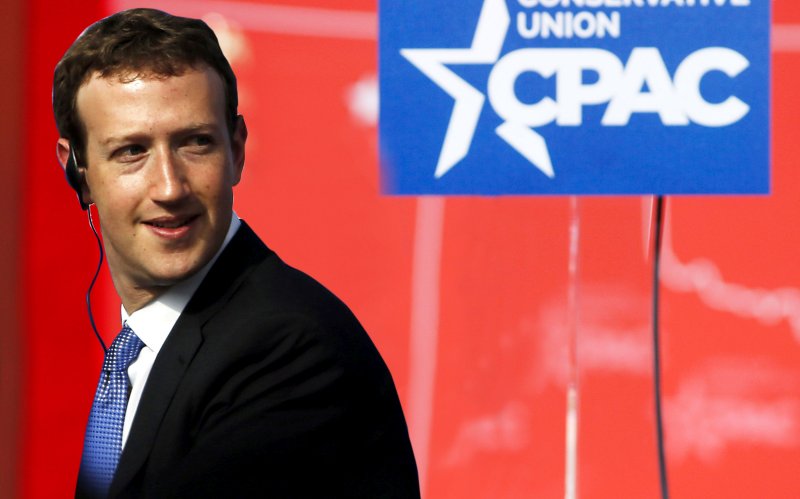 Why exactly is Facebook helping to fund CPAC, to the tune of about $120,000 in cash and in-kind contributions?

Mark Zuckerberg was scorned in 2016 for Facebook's role in the rise of 'fake news' in the presidential campaign. None of that mattered. Facebook is funding the huge conservative conference, at which shock troll Milo Yiannopoulos was to be a featured speaker until some old pedophilia comments of his surfaced this week.

Big scoop by Betsy Woodruff at The Daily Beast:

Sources with direct knowledge of the matter tell The Daily Beast that Facebook made a six-figure contribution to CPAC, the yearly conference for conservative activists which will feature President Donald Trump, White House advisor Steve Bannon, NRA president Wayne LaPierre, and other right-wing favorites.

Facebook’s contribution is worth more than $120,000, according to our sources. Half of that is cash, and the other half is in-kind support for CPAC’s operations. Facebook will have a space at the conference for attendees to film Facebook Live videos, and will also train people on best practices for using the social network and Instagram.

Matt Schlapp—chairman of the American Conservative Union, which funds the gathering—told The Daily Beast his group welcomes Facebook’s participation.

“We are glad Facebook agreed to be at CPAC and to acknowledge the importance of conservatives to their company, and we continue to work with them on issues important to conservatives,” he said.

“Facebook participates in events hosted by organizations across the political spectrum,” a Facebook spokesperson told The Daily Beast. “Our presence allows us to facilitate an open dialogue where people can share their views and create content to engage their audiences, just as we did during other political events such as the Republican and Democratic Party conventions. Our involvement is not an endorsement of any particular position or platform.”

During the campaign, some Facebook employees pushed to label Trump's posts as hate speech. What will they say now? https://t.co/g9vblbmvO8

[PHOTO ILLUSTRATION BY THE DAILY BEAST]