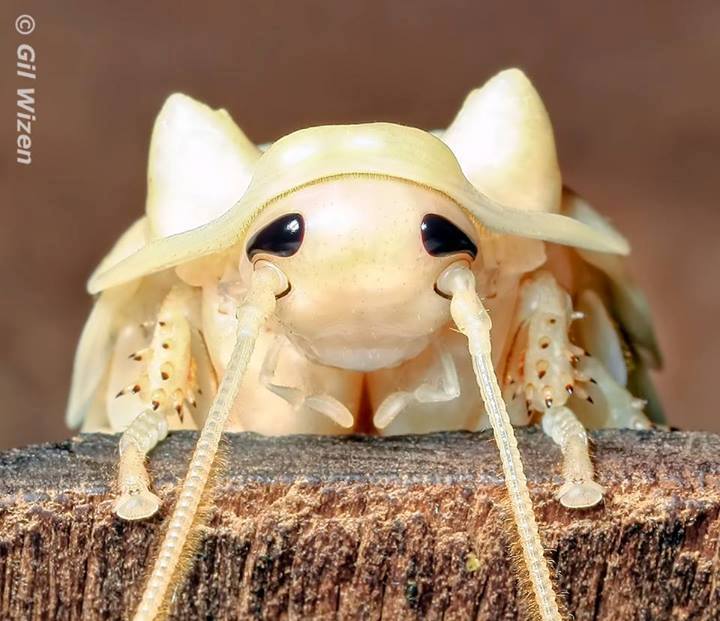 Gil Wizen (@Wizentrop) takes amazing macro photographs of animals and plants. Would you have guessed this was a freshly molted Madagascar hissing cockroach? [via Tettix]