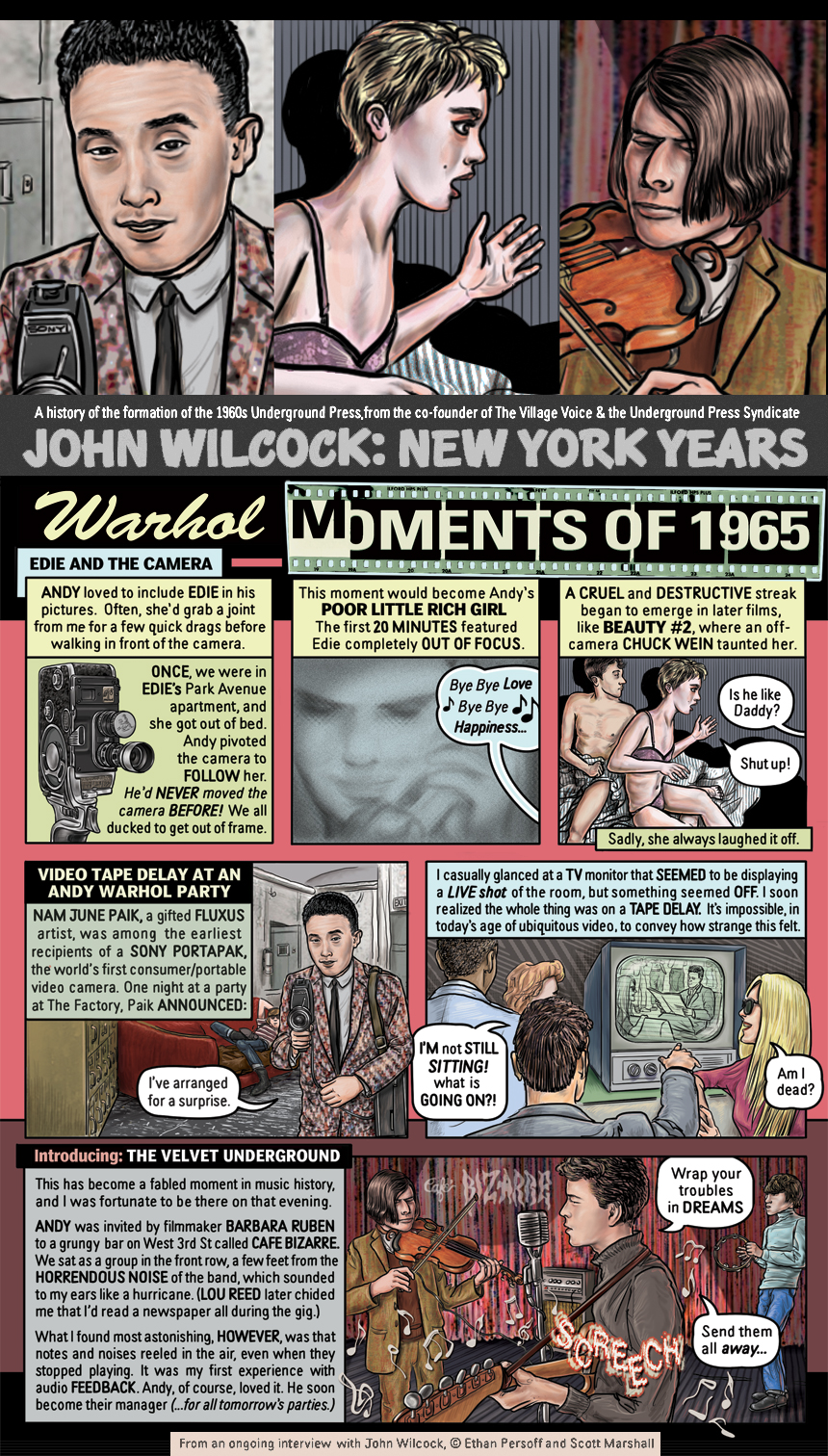 A variety of Warhol Moments of 1965, including the filming of Poor Little Rich Girl and Beauty #2 with Edie Sedgwick, Nam June Paik's video delay prank, and the first meeting of The Velvet Underground with Andy Warhol, which John witnessed in person, during the band's stay at Rick Allmen's Cafe Bizarre. From John Wilcock, New York Years.