Cognitive scientist explains why perceiving a false reality is beneficial 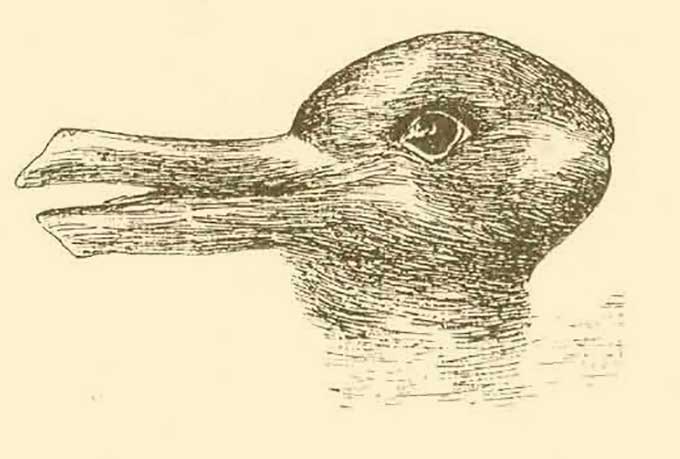 There are many wrong ways to sense the world around you, and one of them is the best way to ensure your survival. Amanda Gefter of Quanta Magazine interviewed Donald D. Hoffman, a professor of cognitive science at the University of California, Irvine.

Hoffman has spent the past three decades studying perception, artificial intelligence, evolutionary game theory and the brain, and his conclusion is a dramatic one: The world presented to us by our perceptions is nothing like reality. What’s more, he says, we have evolution itself to thank for this magnificent illusion, as it maximizes evolutionary fitness by driving truth to extinction.

But how can seeing a false reality be beneficial to an organism’s survival?

Hoffman: There’s a metaphor that’s only been available to us in the past 30 or 40 years, and that’s the desktop interface. Suppose there’s a blue rectangular icon on the lower right corner of your computer’s desktop — does that mean that the file itself is blue and rectangular and lives in the lower right corner of your computer? Of course not. But those are the only things that can be asserted about anything on the desktop — it has color, position, and shape. Those are the only categories available to you, and yet none of them are true about the file itself or anything in the computer. They couldn’t possibly be true. That’s an interesting thing. You could not form a true description of the innards of the computer if your entire view of reality was confined to the desktop. And yet the desktop is useful. That blue rectangular icon guides my behavior, and it hides a complex reality that I don’t need to know. That’s the key idea. Evolution has shaped us with perceptions that allow us to survive. They guide adaptive behaviors. But part of that involves hiding from us the stuff we don’t need to know. And that’s pretty much all of reality, whatever reality might be. If you had to spend all that time figuring it out, the tiger would eat you.

The Decoy Effect is a simple but powerful trick that marketers use to influence you to buy something that is bigger or more expensive than you need or want. I fall for this every time I go to the movies and think I’m going to buy the medium popcorn but end up getting the large […]

Scientists analyzed almost a quarter million DNA samples in the UK Biobank and found 538 new genes that appear to have a role in intellectual capabilities.

Annie Duke dropped out of a PhD in cognitive psychology to become a professional poker player; now she runs a nonprofit devoted to improving decision quality by merging the practical cognitive tools of the world's greatest poker players with the leading edge of cognitive psychology, a method she describes in an excellent and charming new book called Thinking in Bets: Making Smarter Decisions When You Don't Have All the Facts.