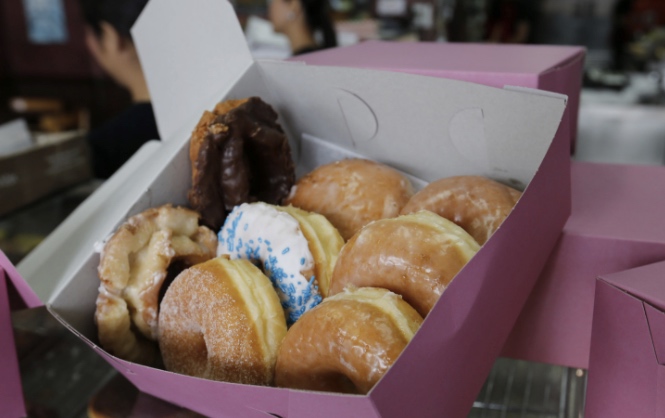 
More importantly to the thrifty refugees, it cost a few cents less than the standard white. That’s a big deal for shops that go through hundreds, if not thousands, of boxes a week. It didn’t hurt either that pink was a few shades short of red, a lucky color for the refugees, many of whom are ethnic Chinese. White, on the other hand, is the color of mourning.


“Pink boxes have been around for a long time, don’t get me wrong,” he said. “But they really came into vogue in the late ’70s and early ’80s simply because it was a less expensive box to produce and buy.”

"Why are doughnut boxes pink? The answer could only come out of Southern California" (LA Times)

According to Wikipedia, Pantone 448 C has been dubbed “The ugliest colour in the world.” Described as a “drab dark brown,” it was selected in 2016 as the colour for plain tobacco and cigarette packaging in Australia, after market researchers determined that it was the least attractive colour. The Australian Department of Health initially referred […]