Comey plans to testify that yes, Trump pushed him to end FBI probe into Russia ties 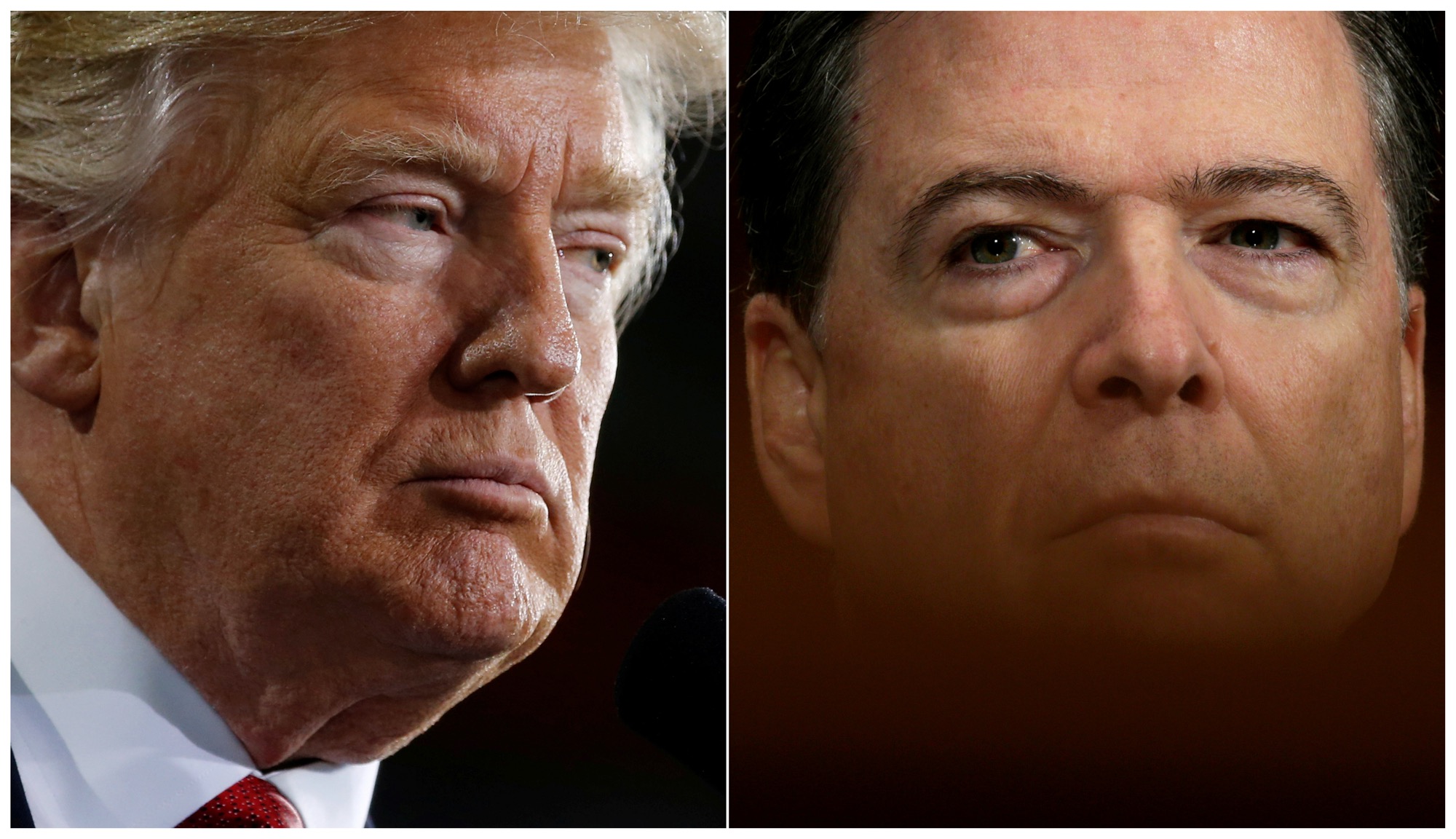 The former FBI director James Comey will testify in open Senate hearings as early as next week “to confirm bombshell accusations that President Donald Trump pressured him to end his investigation into a top Trump aide's ties to Russia,” CNN reports Wednesday.

What must Trump be thinking right now? https://t.co/NKimf77czW

Final details are still being worked out and no official date for his testimony has been set. Comey is expected to appear before the Senate Intelligence Committee, which is investigating possible connections between the Trump campaign and Russia during last year's presidential election.

Comey has spoken privately with Special Counsel Robert Mueller III to work out the parameters for his testimony to ensure there are no legal entanglements as a result of his public account, a source said. Comey will likely sit down with Mueller, a longtime colleague at the Justice Department, for a formal interview only after his public testimony.

When he testifies, Comey is unlikely to be willing to discuss in any detail the FBI's investigation into the charges of possible collusion between Russia and the Trump campaign -- the centerpiece of the probe, this source said. But he appears eager to discuss his tense interactions with Trump before his firing, which have now spurred allegations that the president may have tried to obstruct the investigation. If it happens, Comey's public testimony promises to be a dramatic chapter in the months-long controversy, and it will likely bring even more intense scrutiny to an investigation that Trump has repeatedly denounced as a "witch hunt."

WSJ confirms: Comey will say Trump asked him to back off Flynn probe in expected testimony before Senate panel https://t.co/Mf79GgxhLQ

WSJ: Comey's "testimony could come as early as Thursday of next week". https://t.co/cnozHAlCEp