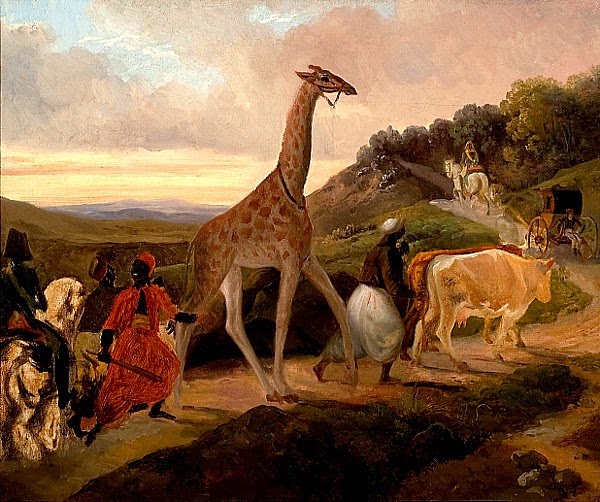 In 1824 the viceroy of Egypt sent a unique gift to the new king of France: a two-month-old giraffe that had just been captured in the highlands of Sudan. In this week's episode of the Futility Closet podcast we'll follow the 4,000-mile journey of Zarafa, the royal giraffe, from her African homeland to the king's menagerie in Paris.