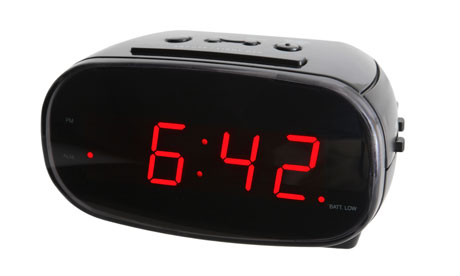 Thirteen years ago, Pittsburgh's Jerry Lynn carefully lowered an alarm clock on a string, lowering it into a wall from the floor above, part of a cunning plan to identify where to drill a hole by waiting for the alarm to go off. Unfortunately, the string snapped, and the clock's been going off daily ever since.

“As I was laying it down, all of a sudden I heard it go ‘thunk!’ as it came loose,” he said. “I thought, well, that’s not a real problem. You know it’s still going to go off. And it did.”