Every lie Trump has told as president, a very long list by the New York Times 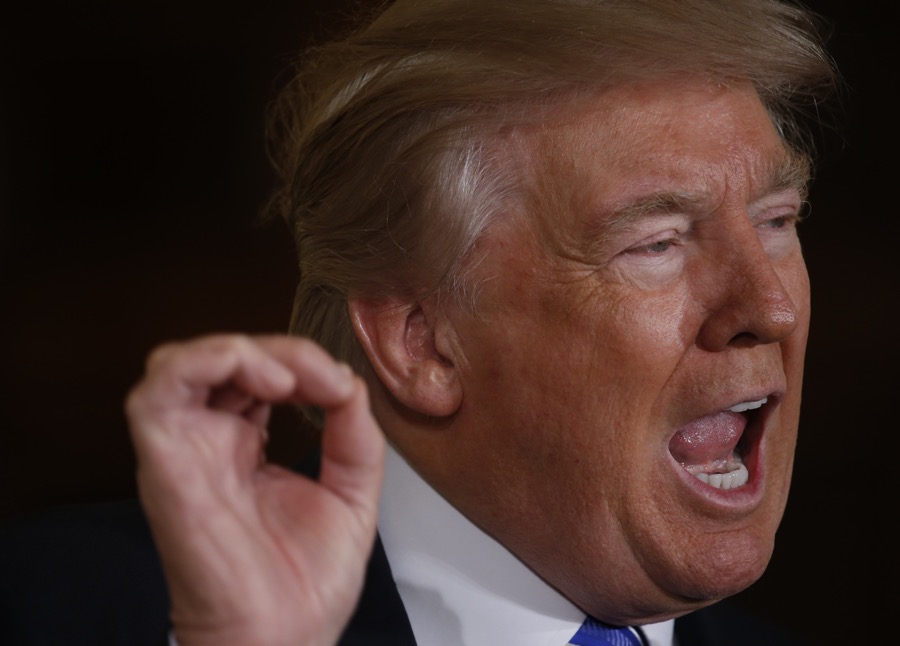 Trump told public lies or falsehoods every single day of his first 40 days in office, and he hasn't stopped yet.

Out today, an ambitious attempt by the New York Times to catalogue and to visualize all of the lies Donald Trump has told as President of the United States.

“Many Americans have become accustomed to President Trump’s lies,” write David Leonhardt and Stuart A. Thompson.

“But as regular as they have become, the country should not allow itself to become numb to them. So we have catalogued nearly every outright lie he has told publicly since taking the oath of office.”

President Trump’s political rise was built on a lie (about Barack Obama's birthplace). His lack of truthfulness has also become central to the Russia investigation, with James Comey, the former director of the F.B.I., testifying under oath about Trump's “lies, plain and simple.”

There is simply no precedent for an American president to spend so much time telling untruths. Every president has shaded the truth or told occasional whoppers. No other president — of either party — has behaved as Trump is behaving. He is trying to create an atmosphere in which reality is irrelevant.

We have set a conservative standard, leaving out many dubious statements (like the claim that his travel ban is “similar” to Obama administration policy). Some people may still take issue with this standard, arguing that the president wasn't speaking literally. But we believe his long pattern of using untruths to serve his purposes, as a businessman and politician, means that his statements are not simply careless errors.

We are using the word “lie” deliberately. Not every falsehood is deliberate on Trump's part. But it would be the height of naïveté to imagine he is merely making honest mistakes. He is lying.

New from me and @DLeonhardt: "President Trump’s Lies, the Definitive List" https://t.co/cjdGuEVdRa

You’ll be able to when the print page comes out on Sunday! https://t.co/3bMXzE7und