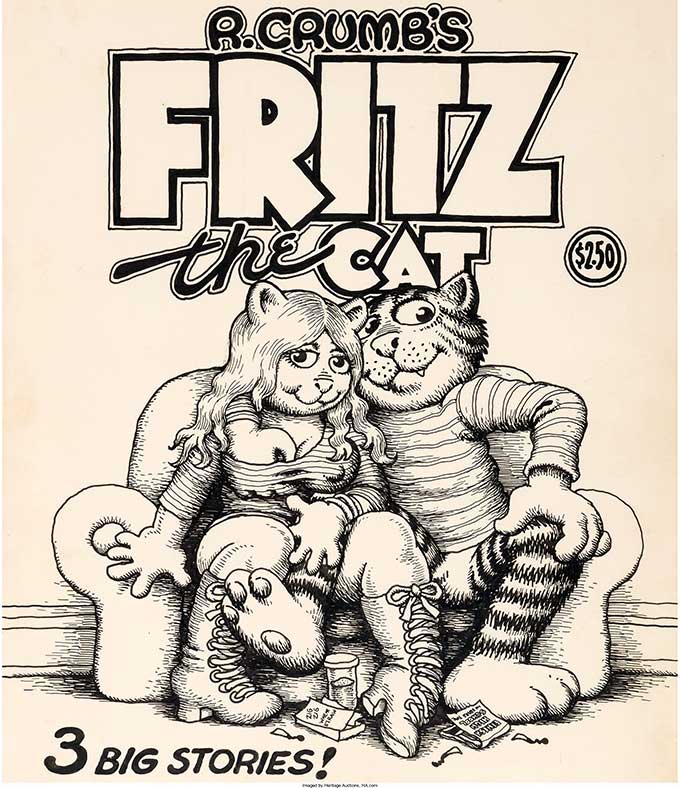 Graham Nash, the singer-songwriter who is known for being a member of the rock group Crosby, Stills, and Nash, is currently auctioning off a variety of original pieces by countercultural cartoonist Robert Crumb on the website Heritage Auctions.

Robert Crumb played a key role in the underground comix movement of the 1960s. He founded Zap Comix, which was the first successful underground comix publication. Crumb is known for his provocative content, iconic characters such as Fritz the Cat and Mr. Natural, and crosshatched drawing style.

The top prize among the Nash’s offering of art by master Robert Crumb likely will be a dramatic Robert Crumb Zap Comix #1 Cover Original Art (1967), which carries a pre-auction estimate of $100,000 and up. The image is a perfect example of Crumb’s refusal to hold anything back, with the word “Zap” being written across the top in electrified lettering over the image of a nude man being jolted through a cord attached to an electrical outlet. The image was intended by Robert Crumb to be on the cover of Zap No. 1.

You can also find Crumb's original paintings, comic strips, and sketches in the auction lot. I believe that Crumb is one of the best artists of all time, and owning some of his original pieces would be the coolest thing ever. If you can afford it, place a bid while you can!