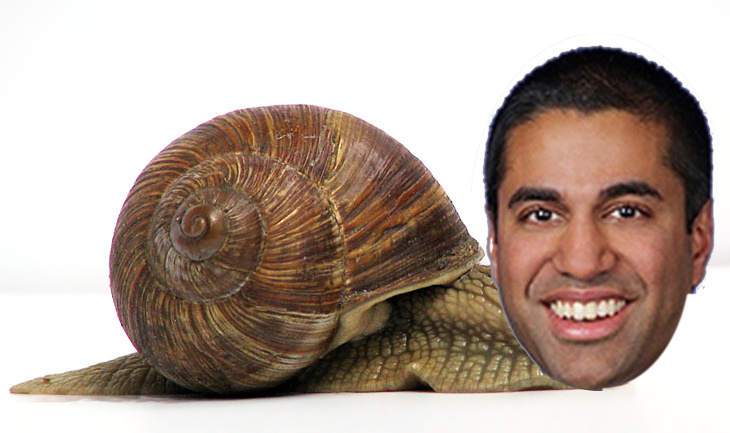 America's internet is sucks and the law obliges the FCC to "take immediate action to accelerate deployment of such capability by removing barriers to infrastructure investment and by promoting competition in the telecommunications market," but dingo-babysitter Ajit Pai (a former telcoms lobbyist that Donald Trump put in charge of the FCC) has a counterproposal: just declare fast internet unimportant to Americans, and hope that they'll put up with slow mobile broadband instead of blazing-fast wired connections.

The move would change the FCC's definition of fast broadband from the current world-lagging 25Mbps/3Mbps to a pitiable 10Mbps/1Mbps.