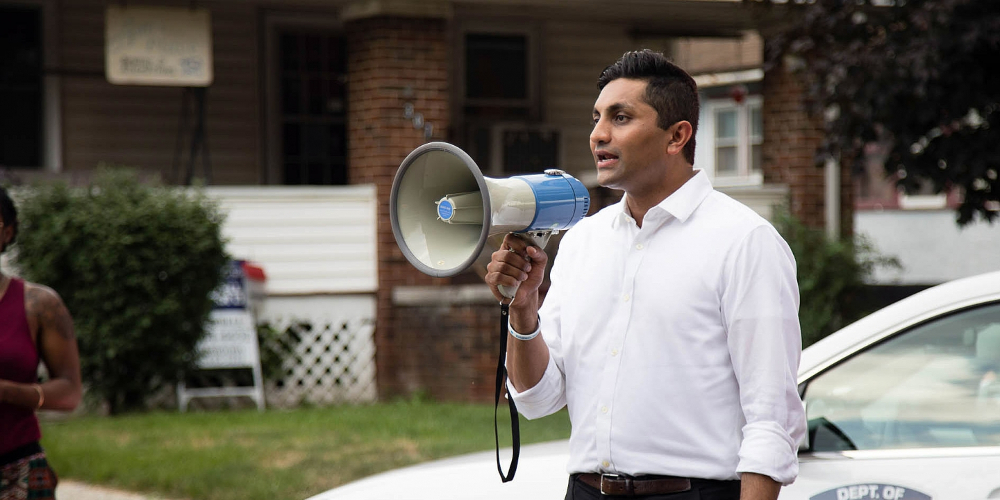 If Chicago Alderman Ameya Pawar is successful in winning the Democratic Party nomination to stand for governor of Illinois and then wins the election, he will: 1) commute all low-level drug offenders' sentences and free them from jail; 2) take educational oversight power from Chicago mayor Rahm Emmanuel and give it to the Chicago School Board; 3) fund schools out of a fairly distributed state pools, ending the system of funding based on local taxes, which disadvantages schools in poor neighborhoods; and 4) make access to paid sick leave and child care universal in the state of Illinois.

He calls it the "New Deal for Illinois."

To win the nomination, he'll have to beat the Hyatt hotels heir J.B. Pritzker, who's already pumped $21M of his personal fortune into his candidacy.

“The one thing I kept coming back to in my research, and my book, and I looked at it from a disaster perspective, but it’s certainly true in all public policy in America is that policy in this country is based on deserving and undeserving people,” Pawar noted. “It starts with this idea that if we give and help poor people too much they’ll become dependent on the system and then abuse the system. And that the best way to help people is to help those that have quote ‘have worked the hardest.’ So they can create more jobs for everybody else. That frame needs to be broken. That’s why I got into politics.”