Can you help decipher this note about Antarctic explorer Sir Ernest Henry Shackleton? 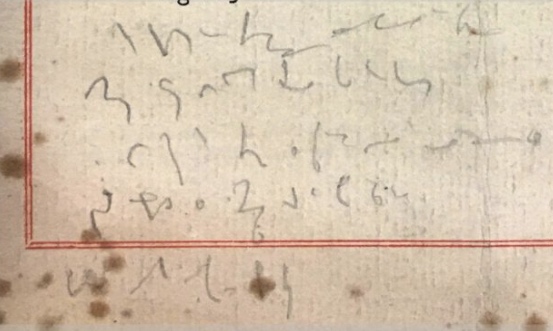 Sir Ernest Henry Shackleton was part of the Heroic Age of Antarctic Exploration, a period of intense exploration during the end of the 19th century and beginning of the 20th. He died in 1921 while on an Antarctic expedition. The Royal Scottish Geographical Society's writer-in-residence Jo Woolf uncovered a copy of Shackleton's CV when he was applying for the Secretary job. Scrawled in the margin is a shorthand note of some kind. Can you help the RSGS figure out what it says?

The document contains an intriguing mystery as there are shorthand notes written in pencil which the society have been unable to decipher successfully — was this a reaction to Shackleton’s application, a comment on his character or a dictated response to his CV?

Anyone who can help the society solve the puzzle can contact them on enquiries@rsgs.org.

(Mysterious Universe and The Courier)