Male ducks worry about penis size too according to study 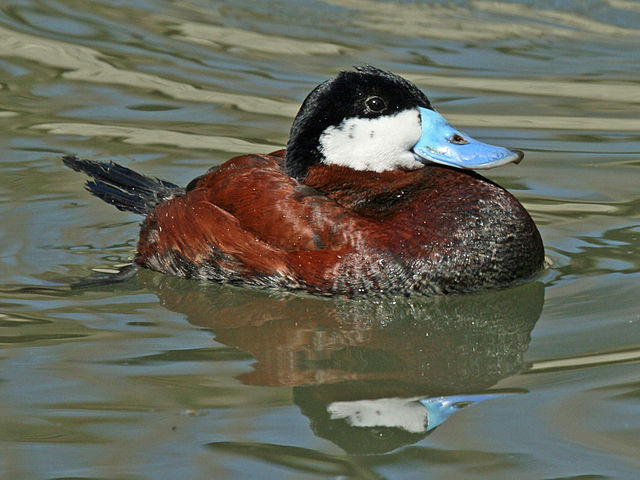 A recent study published in the scientific journal The Auk: Ornithological Advances claims a competitive social environment may cause certain species of ducks to grow even bigger penises.

Researchers studied two species of ducks placed in environments where there were fewer females and more males, along with ducks housed in male-female pair bonds, according to Phys.org.

Lesser Scaup ducks that were housed with several males were said to have grown longer penises. Ruddy Ducks, who are already well-endowed to begin with — placed in the same predicament — would grow their penises faster than pair-bonded ones, but also might “offset” their sexual development to not interfere with other males.

What the study really reveals is that there’s a sizeable job market for measuring duck wangs.

"This is an excellent experimental study of penis morphology, looking at the effects of social environment on penis size in two duck species that have different mating systems," according to Queen's University's Bob Montgomerie, an expert on reproductive strategies who was not involved in the study.

"The question now is whether the observed increase in penis size in Lesser Scaup under the threat of sperm competition actually gives males a competitive advantage. Like all good studies, this one will undoubtedly stimulate more research, as it provides both methodologies and a clear focus on interesting questions."