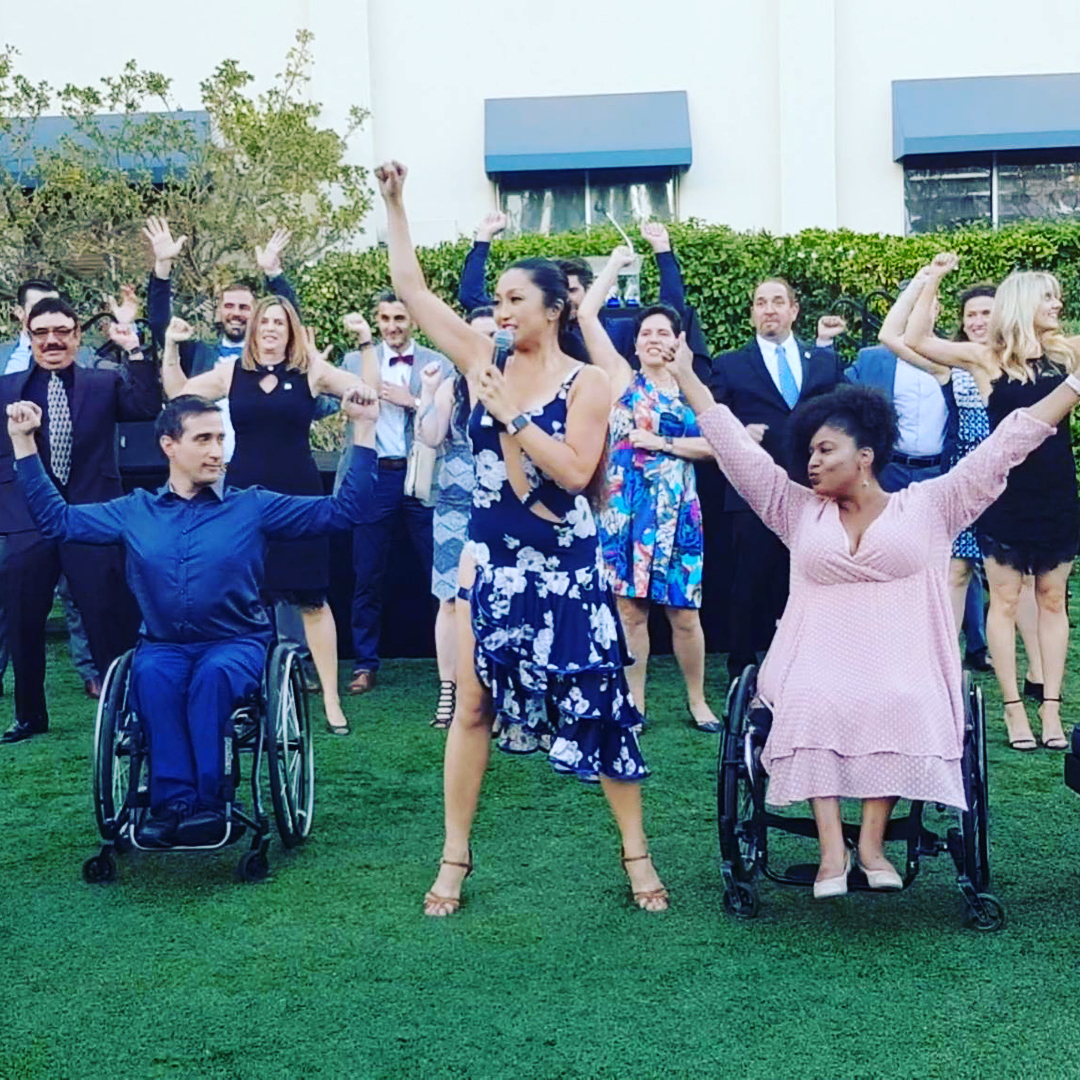 At the Disability Rights Legal Center fundraiser gala this past weekend in Los Angeles, Apple was presented with DRLC's Business and Technology Award for their accessibility work, and 'Infinite Flow - A Wheelchair Dance Company' was featured as a cause auction recipient for an Apple Watch Series 3, which was designed with a number of accessibility-expanding features. Of particular note are its wheelchair-specific features, VoiceOver for the blind, and the Taptic Engine (haptic feedback for navigation and notification).

What's the connection between Apple Watch and wheelchair dance?

(...) With sensors configured to address different surface types, inclines, and transition moments, such as moving from a wheelchair to a seat at a desk, the Apple Watch Series 3 is designed with accessibility in mind and ideal for the variety of dancers in Hamamoto's inclusive classes and performances.

Infinite Flow was founded in 2015 by Marisa Hamamoto, a professional ballroom dancer who became temporarily paralyzed, then later regained the full use of her body.

Her group is America's first professional wheelchair ballroom dance company, and works to encourage others to dance inclusively, with and without physical limitations.

At the DRLC event on the Fox Studios lot, Hamamoto and guest artist Piotr Iwanicki did a live cha cha cha performance.

They've done other fun projects together, including one in Japan featured below.

“Thank you, Apple, for continually creating and innovating technology that everyone, including people with disabilities, can use,” said Hamamoto later on the dance group's Instagram.

More on Apple's accessibility features here. If you missed their video with Sady Paulson when it made the viral rounds last year, you should watch it again. The people behind this work at Apple really mean it, and some of them are my friends.

Here's a transcript of the DLRC's introduction for Apple at the award ceremony:

For more than 30 years, Apple has provided innovative
solutions for people with disabilities. Apple’s built-in accessibility features make them powerful and affordable assistive devices, drastically simplifying the buying process and learning curve for users with disabilities. By including these features within mainstream products, Apple has cleared the way for more advancements in this important field, opening up countless possibilities for people to be creative, collaborative and independent. We cannot be more honored to recognize them for their commitment to the disability community.

More of the dance group's inspiring work in the embedded Facebook videos below.