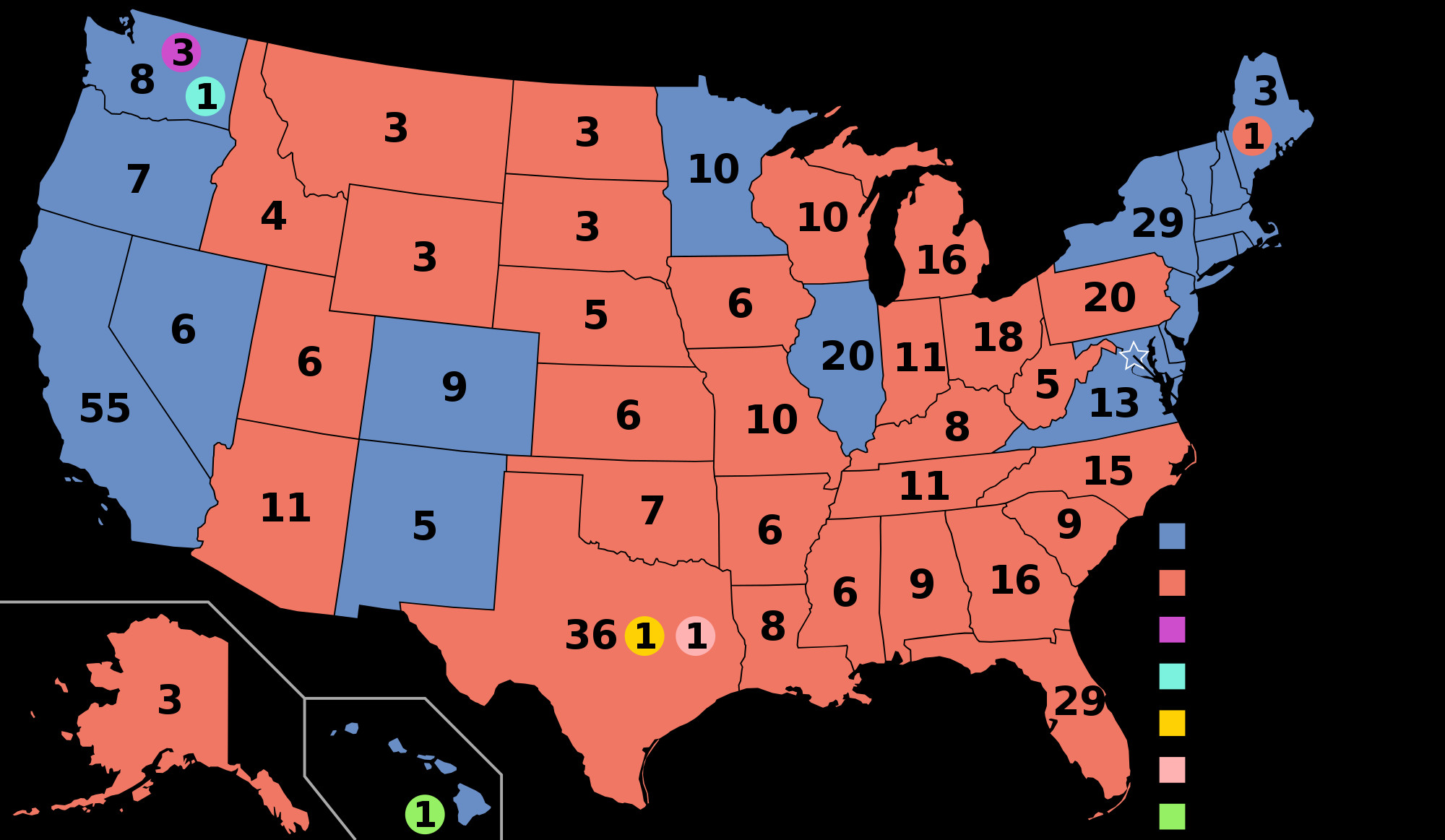 Federalism is hard: to reassure small states that bigger ones won't clobber them and their interests, federalist agreements usually have some kind of non-proportional representation built into their articles, such as a senate or an assembly where it's "one state, one vote" instead of "one person, one vote" -- so each state gets as much say as any other, but the people who live in the bigger states have their votes diluted to a tiny fraction of the influence of the votes of people in the less populous states.

The US has at least two of these non-proportional systems: the senate (where each state gets two representatives, regardless of its population) and the electoral college, whose weird structure makes it possible for (so far, Republican) presidential candidates to win the White House while losing the popular vote.

Writing in USA Today, Lawrence Lessig and Richard Painter compare the disenfranchisement of the electoral college to the much more hotly debated disenfranchisement due to gerrymadnering, and float a tantalizing idea for fixing it.

For most of its modern history, the college has been an irrelevant flourish on the system for electing the president. But now that two of the last three presidents were inaugurated after losing the popular vote, the democratic gap created by this system is becoming more and more clear.

The Constitution is not going to be amended to remove the Electoral College. It’s possible that states will agree to a compact to allocate their votes to the winner of the national popular vote. But right now, the court should recognize that there is no principle in American law that could justify the unequal reckoning of the votes of citizens of the United States for president of the United States. Call it proportionality, or simple equality: it is an idea that needs urgent legal recognition, now.