Dinosaur art is not bullshit (unless you’re doing it wrong) 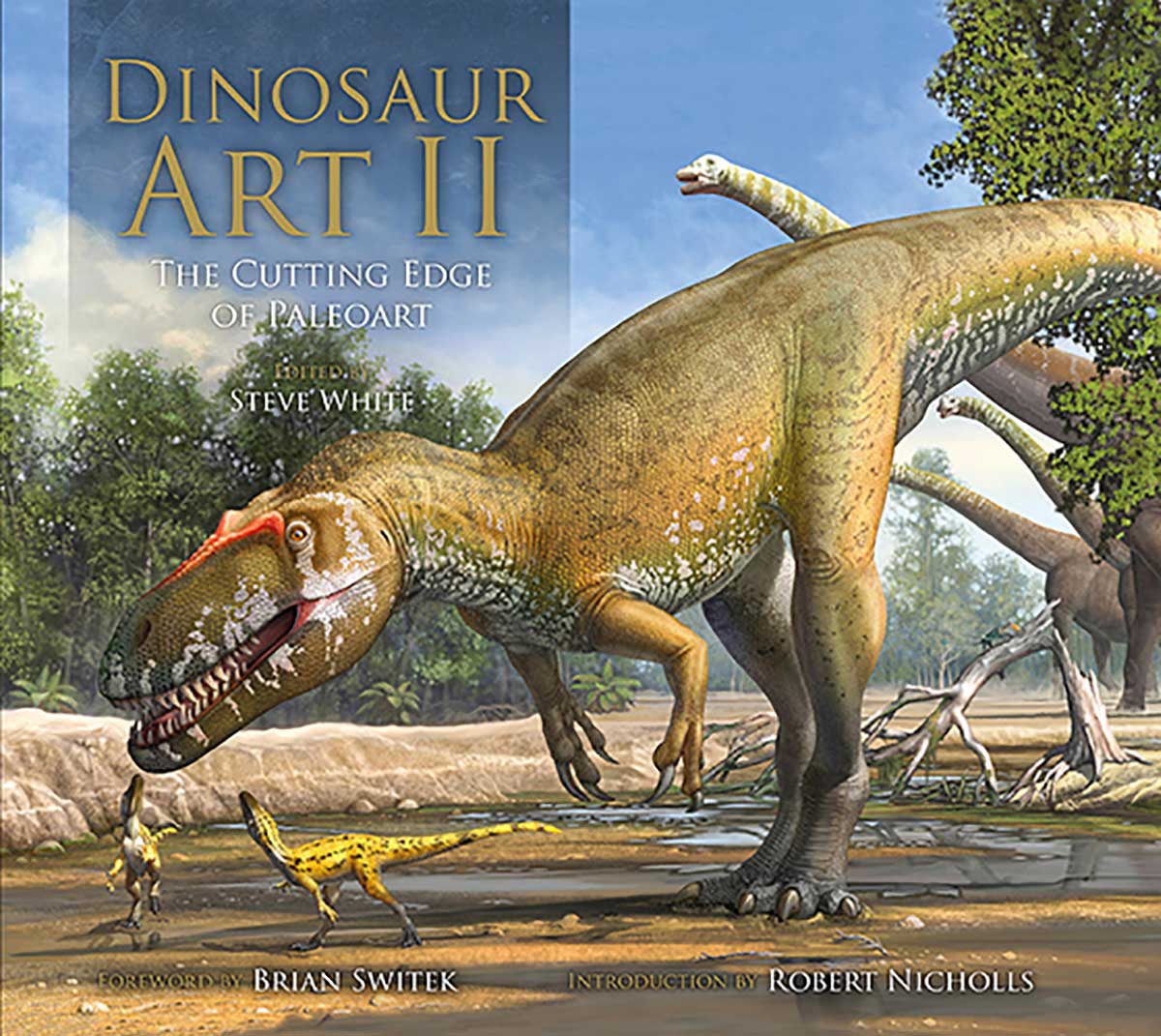 2017 has not been the easiest year. Terrifying storms. The car crash of Brexit. Threats of nuclear war. F-bombs in Star Trek. It’s all a bit much, and even artwork of dinosaurs – yes, dinosaurs – aren’t safe. Boing Boing recently reported that “dinosaur art is mostly bullshit,” it being argued that so much data is lost in Deep Time that our attempts to bring non-bird dinosaurs to life in art are folly. How can our dinosaur art be anywhere close to reality when it’s all based on bones left out in the rain for millions of years? Well, consarn it, I’m not going to let 2017 take the credibility of dinosaur art away from us along with everything else. As someone who researches and illustrates fossil animals for a living, I’m here to tell you that dinosaur art isn’t BS – unless you’re doing it wrong.

Restoring fossil animals in art is a practise known as ‘palaeoart’, and it’s a pretty science-heavy medium. In fact, there's not many aspects of contemporary palaeoart that are not informed, at some level, by data of some kind. We might imagine that a fossil record mostly composed of broken bones and shells doesn’t tell us much about ancient animal appearance, but that’s not really true. As more fossils are found and our ability to interpret them improves, we’ve started to make robust inferences about the life appearance of non-bird dinosaurs that were unthinkable just a decade or two ago.

Chief among these are abilities are our newfound appreciation of fossil colour. As a child of the 1980s and 1990s I was confidently told that we’d never know what colours extinct animals were but, thanks to modern science, this is no longer the case. ‘Palaeo colour’ is now predictable for a number of fossil animals, including many non-bird dinosaurs, penguins, marine reptiles and insects. In some cases we can only tell patterning, but in others we can reconstruct specifics of actual colour and even iridescence. This not only informs our take on the appearance of these species, but shapes our understanding of their behaviour and preferred habitats. Take that, 2017.

We’re also stacking up fossils with preserved skin and other forms of soft-tissue, giving us direct insight into tissue types and bulk in certain species, as well as evolutionary maps of anatomical evolution. With these, we can make ever tighter predictions about, say, whether a dinosaur was covered in feathers or scales. Sometimes, we get it wrong, as we might have for Tyrannosaurus. Recently described Tyrannosaurus skin impressions suggest that – contrary to all its closest relatives and the expectations based on them – Tyrannosaurus was probably mostly or entirely scaled, and not covered in fluff as we’ve recently assumed. What this tells us is that tyrannosaur skin evolution was more complex than we thought, with some earlier species having feathers, but later species losing some or all of them. But rather than sobbing over the need to scrub feathers from older artwork, artists can be happy about this: our data has taken a step forward, and all future artwork of Tyrannosaurus can be just that little bit more accurate. In other words, our tyrannosaur palaeoart BS-level has just dropped a notch, and will continue to fall as artists have more and more information to work with.

Of course, there are instances where artists are left largely in the dark and we have to forge ahead with minimal insight and information. Depending on the subject of our artwork, this might be something small – the last scrap of unknown information about a superbly known organism – or it might be vast chunks of anatomy. But palaeoart has climbed to a level where, even on the bleakest frontiers of restoration, we can narrow down some restorative possibilities. Evolutionary models allow us to track development of anatomy over hundreds of millions of years, ruling out some anatomical possibilities because they never arose on a given lineage. We’re learning more about the relationship between bones and soft-tissues, allowing us – in some cases – to predict skin types even when the soft-tissues of animals have been entirely lost. Not all prehistoric species can be restored with high confidence, but increasingly few leave artists entirely clueless. It’s an overstatement to say there is only one way to restore fossil dinosaurs in art, but there are not infinite ways, either. Good palaeoartists do not make these things up as they go along, but create art through a deductive process that follows the best modern science.

This is not to say that all palaeoart is of equal credibility, of course. Indeed, some is nonsensical because of awful proportions relative to the fossil skeleton, and lousy understanding of animal form and anatomical evolution. But this only happens because these artworks are not well informed – they’re palaeoart hack jobs produced because no one thought to look, or had time to understand, how their subject animal was constructed. Blowing off the whole genre because of these works throws the baby out with the bathwater, and the last thing 2017 needs is upset babies blocking already stormed-strained drainage systems. Keep hold of those infants, folks, and find out about an art form before writing the whole thing off.

Our new book, Dinosaur Art II, is a great place to see examples of palaeoart aimed at those top scientific standards. It’s stuffed full of lovely artwork of dinosaurs and other prehistoric animals as well as artist interviews, giving insight into the process and methods of recreating worlds otherwise lost to time. If you’re after actual insights into extinct animal appearance, and not BS, it’s an excellent place to start.

© Julio Lacerda, a mother Ornithomimus takes her chicks for a walk

© Mark Witton, two tiny Wesserpeton evansae get in other's faces, because some animals are just jerks