Don't Look at My Nipples 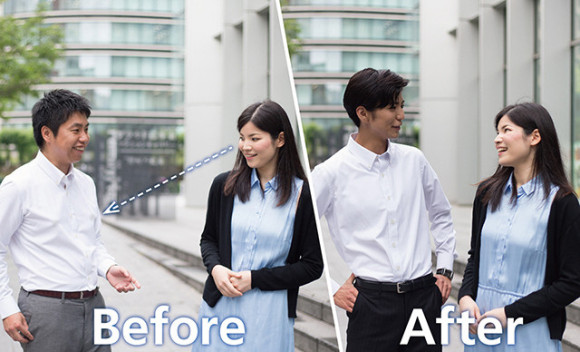 If you were to read the title of this post you would assume that it refers to female nipples—that which dare not be revealed. However in this case it refers to male nipples … in Japan.

It's so hot and humid in Japan during the summer that sweat pours off you continuously while outside. There's no way to keep a shirt (or anything else) dry. Evidently Japanese women are offended by the slightest protuberance a man's nipples might cause through his shirt.

Over at SoraNews 24, there have been multiple articles on this issue—like half a dozen over the last few years:

Unlike women, men don't have to worry much about such wardrobe malfunctions, but that doesn't mean that the sight of a man's nipples protruding through his shirt is a scenic view. An online survey by Sirabee revealed that 84.3% of the 750 women surveyed thought that men's nipples being visible through a T-shirt is a turn off … most of the women who answered NO to visible man nips stated that it's "gross," "narcissistic," and "dirty."

At first, a male version of pasties was sold—you peeled them off and de-nippled yourself.

This video yells "ouch ouch ouch" in a big way! Most Japanese men have little hair on their chests, so maybe I'm projecting, but still …

The problem of protruding male nipples is seen as so severe that a company has started manufacturing specially knitted "bra" shirts for men with a slight cavity that will nestle the nipple, preventing it from protruding in an offensive manner.

Here is an ad from another Asian country where Ralph Lauren Polo shirts are designed specifically for a male nipple peek-a-boo.

I've been to Japan numerous times and can never recall seeing a woman's nipple protrude through her garment. That said, over on Gizmodo I found this box of Japanese female nipple enhancers. Frankly, I find it all rather confusing.

After NH state rep Amanda Bouldin objected to HB 1525-FN, a bill banning public displays of women's nipples introduced by four alleged "small government" men from the GOP side of the house, two GOP members took to social media to bombard her with harassing, sexist harangues.