JOHN WILCOCK: Fired By The Voice! 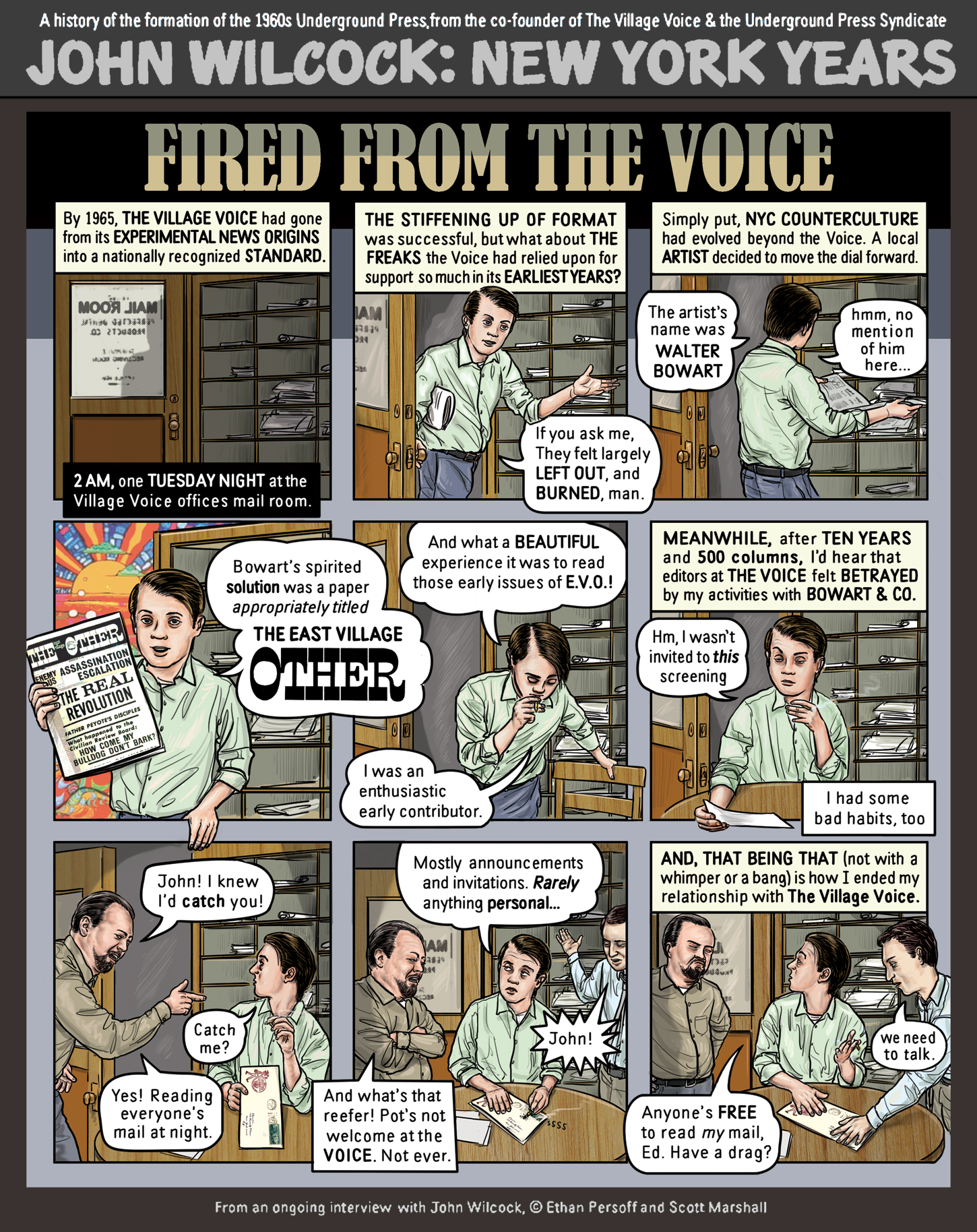 John's break from the Village Voice in 1965, leading to his work with Walter Bowart and the East Village Other.

Ethan Persoff will be speaking about the John Wilcock comic at The New School's Parsons School of Design, on November 7.