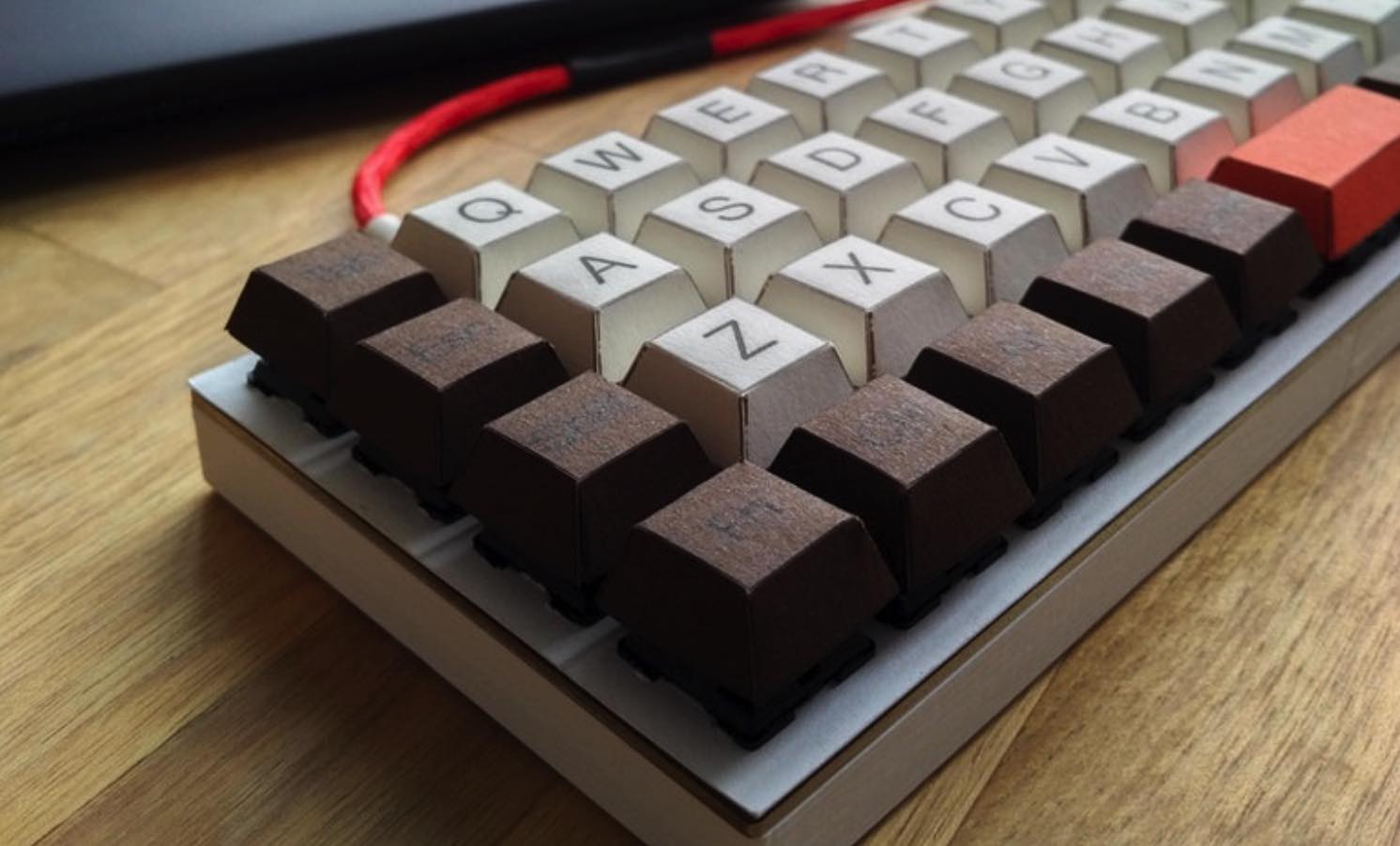 Not only is geckopfote's keyboard an amazing work of papercraft, it's one of those bizarre 40%-size ortholinear ones: "Yes, it's a fully functional Planck keyboard, from olkb. And yes, I like the feeling of paper under my fingertips." [via]

Adds geckopfote, when asked if they just covered keys in paper: "No it wasn't that easy. It was a long journey of trial and error. I wanted to make DSA style keycaps and so I did some QCad drawings where I tried to fit the right dimensions. Then, in short, print, spray, cut, fold, clue - ready!"

It being Reddit, someone was soon along to inform the creator that his work was kirigami, not origami.