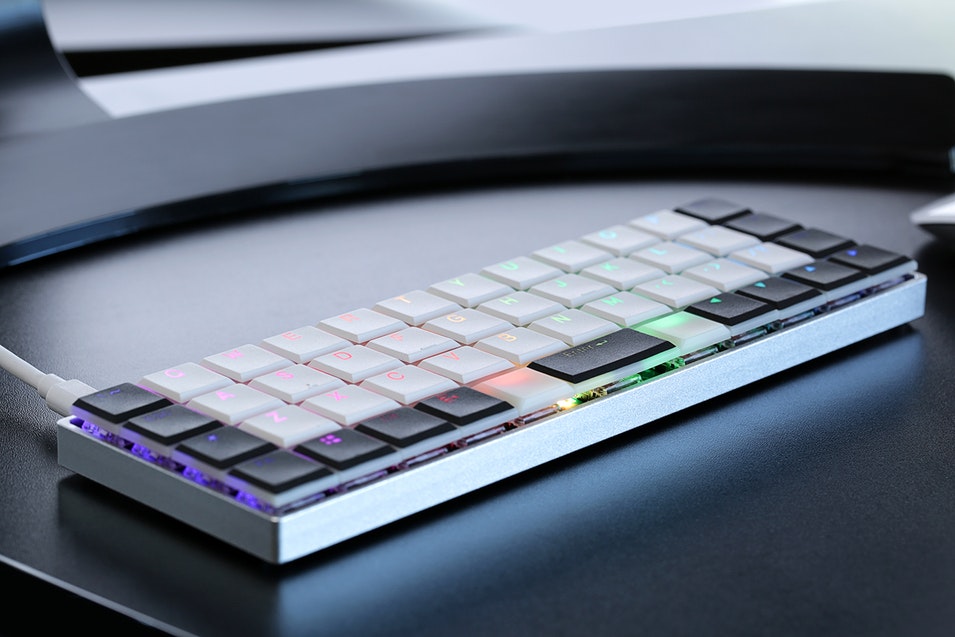 It won't be arriving in time for Easter, let alone Christmas, but this keyboard features three particularly fabulous qualities: the tiny 40% size, the unstaggered grid layout, and a new type of keyswitch that's both mechanical and low-profile. $150 at Massdrop.

Note: The base price is for the assembled Planck Light. It comes in black with tactile switches, black alphas, and white modifiers; in navy with clicky switches, white alphas, and black modifiers; or in silver with linear switches, white alphas, and black modifiers. At checkout, you can get the unassembled kit with your choice of any of the above combinations—including all blank semi-translucent white keycaps—for (- $10). You can also add a carrying sleeve for (+ $8). If you select an assembled keyboard, the other selections at checkout will not apply.

IMPORTANT: Note that it "beeps and boops."

Also notable, the PCB is outfitted with a dual-channel speaker that can play two notes at once (an upgrade from the previous version). In the default firmware this will make a few different noises—like a short series of beeps on startup, notifications when you put the board into Device Firmware Upgrade (DFU) mode, plus noises when you change the default layout to prevent mishaps when typing quickly. The speaker can be disabled by flashing new firmware. A noiseless version of the default firmware is available on the GitHub.

(Here is my own planck setup)

One can buy, at considerable expense, a set of Imperial keycaps themed on Star Wars’ galactic empire. Insert “you don’t know the power of the Dark Side” joke here. DSA Galactic Empire commemorates the peak of Emperor Palpatine’s grand machinations with Imperial symbols and Aurebesh letters. Two keycap set variants are available. One features Full […]