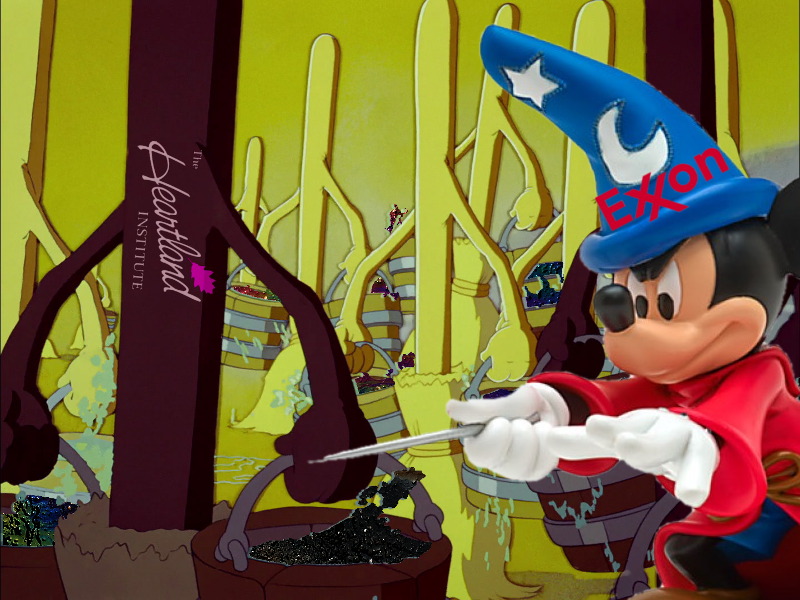 Five years ago, it looked like big oil and big coal were finally acknowledging the reality of climate change, shifting from the early posture of outright denial and the intermediate strategy of sowing confusion, and moving into an endgame of "clean coal" and monopolizing renewables, but the think tanks they had funneled hundreds of millions in dark money to were not having any of it -- and it's they, not the hydrocarbon barons, who've got the ear of the conspiracy-theorist-in-chief, Donald Trump.

These thinktanks are made up of true believers, people who literally think that scientists are secretly conspiring to trick us all about climate change. They're pushing the US toward a bizarre place where they're seriously contemplating suing companies for not emitting enough CO2, on the grounds that all that carbon is good for crops.

After Citizens United, these thinktanks were able to take in astounding sums from industries that wanted to slow down adaptation to climate change in order to dominate the clean energy world that was emerging. But the climate deniers they paid to run interference didn't get the memo: they were all in for climate denial and burning every hydrocarbon that could be extracted from earth or sea. In the Trump era, the war-chests the thinktanks command let them operate separately from their corporate paymasters, pushing a farcical agenda that's got the corporations nearly as worried as the scientists.

The Heartland Institute's rise to policy prominence marks a break from previous brokers of climate denial, because it promotes a narrative that was once rejected as too extreme and divorced from accepted climate science.

The narrative—that excessive carbon dioxide is beneficial for the Earth—is now backed by some in the EPA and the White House and is deployed as a weapon against the endangerment finding. One of Heartland's policy experts, Kathleen Hartnett White, who has called carbon dioxide "the gas of life," was nominated by the administration to lead the White House Council on Environmental Quality.

The EPA and the White House did not respond to requests for comment.

In his email to supporters, dated Oct. 12, 2017, and leaked to E&E News, Heartland's CEO Bast detailed plans for how to "market" the positive narrative about excessive carbon dioxide. For instance, he suggests convincing the EPA and the courts that doubling atmospheric CO2 would increase crop yields, and suing companies for not increasing emissions.

Surveys show "we are winning the public opinion battle, since most Americans don't believe global warming is a problem that merits the attention being given to it by the media and politicians," Bast wrote. "The best messages are positive: CO2 increases crop yields, the earth is greening."