Millions of poor rural voters now hate Trump and millions of rich voters still support him, but the press only profiles poor people who remain Trumpists 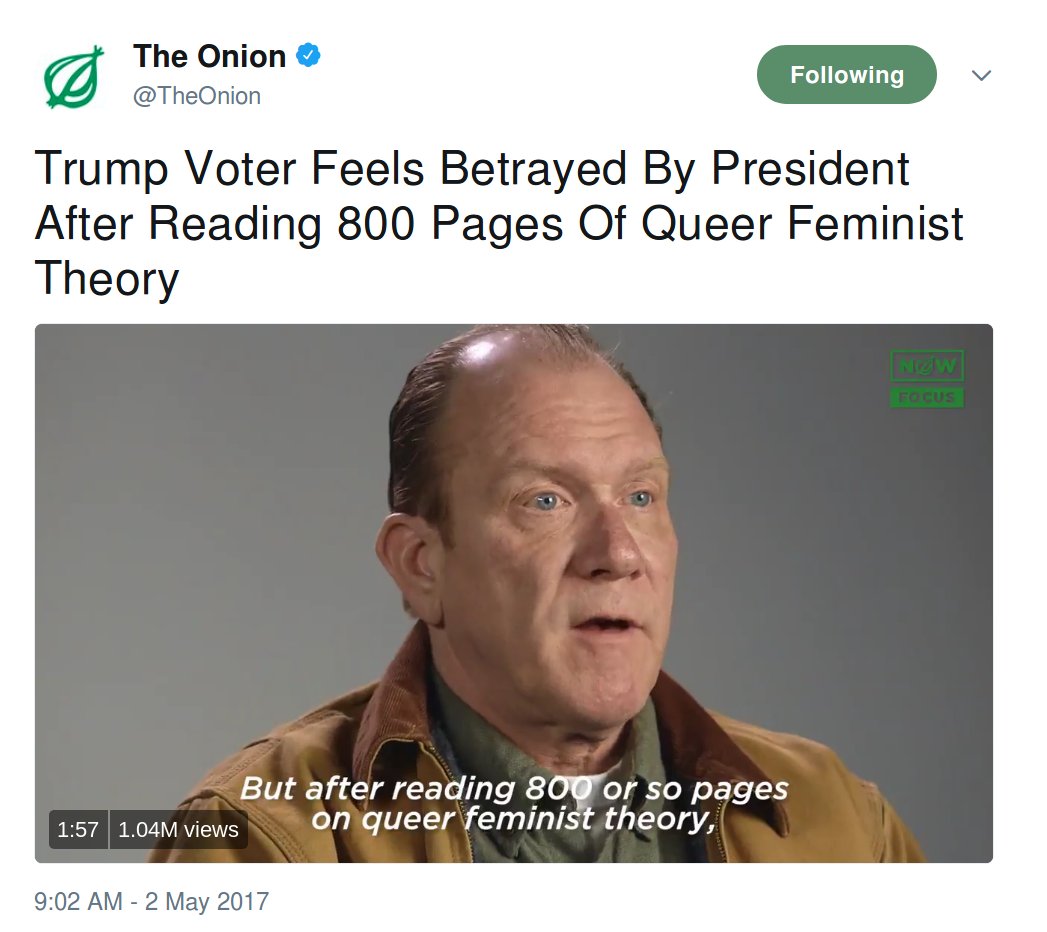 Trump won the election by welding together a coalition of racist rich people who wanted tax breaks and racist poor people who'd been living in Fox-induced terror for decades and believed the world was ending and thought that Trump would at least make brown people and liberals as miserable as they were on the way to total collapse.

Millions of poor people have defected from Trump: either they've realized that they were lied to, or that spite isn't as satisfying as they thought, or both. Meanwhile, the wealthy elites who voted Trump are counting the trillions that Congress handed them last week with the tax bill and contemplating buying memberships in Mar-a-Lago.

But while the press is happy to devote long, lavish profiles to "white working class voters" who still support Trump, there's virtually no coverage of the 25% of Kentucky Trump voters who no longer support him or the millions more in Wisconsin, Pennsylvania or Michigan who say they won't vote for Trump again.

Nor do they have much to say about genteel, high-earning college grads who voted for Trump and whose votes have just been bought into the next election cycle.

But it also means most journalists were totally blindsided by Trump's electoral success. They had guffawed when the idea he might win the primary was suggested, and like most liberals they were absolutely devastated when he won the general election. This vile, racist lunatic, who was manifestly totally unqualified, who was caught on tape boasting about sexual assault, was now the most powerful person on Earth. It turned out that huge swathes of the country did not regard these grave violations of professional class norms as disqualifying. It was shattering.

So reporters broke out their biggest gun — the long, textured, deeply reported, indulgent profile — and trained it on the people they supposed were responsible for Trump: the white working class. On one level, they were correct to do so. These people, for all their many sins, really have been ignored and ground under the tank treads of global capitalism for decades.

But in the process, they missed the people right next to them: the professional class Republicans who mostly went for Trump too, and the Wall Street goons who make up most of his Cabinet and have written all of his policy. Since the election, journalists have obscured the significant erosion in his support. And for the whole time, they have largely ignored the black and brown working class who never fell for Trump's nonsense.