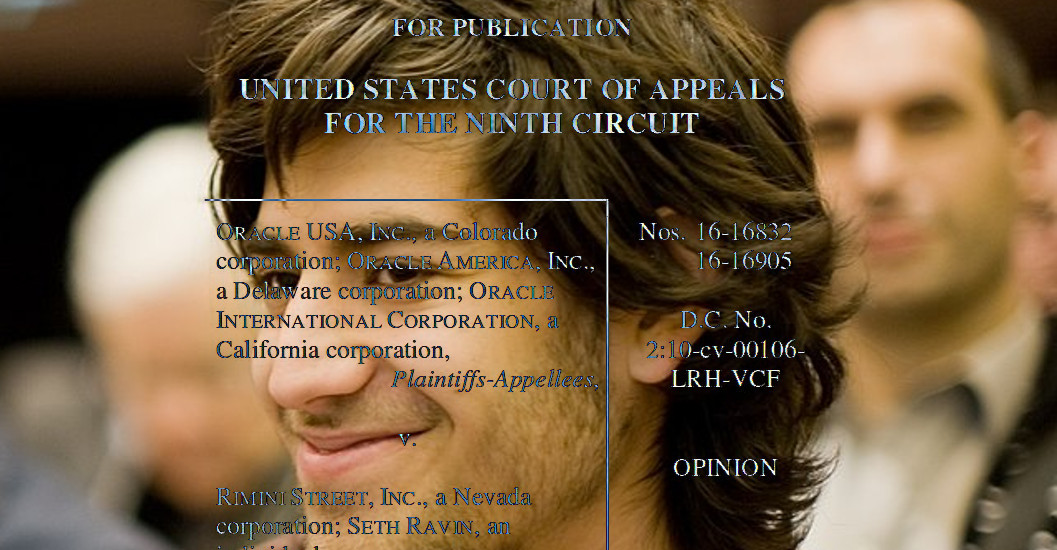 A Ninth Circuit Appellate Court has rejected Oracle's attempt to treat violating its website terms of service as a felony under the Computer Fraud and Abuse Act,

This legal theory -- that the CFAA felonizing violating Terms of Service -- was the basis for the legal action against Aaron Swartz, the young computer pioneer who was under 13 felony counts for downloading publicly accessible documents with an automated script when he hanged himself in 2013.

At oral argument in July 2017, Judge Susan Graber pushed back [at around 33:40] on Oracle’s argument that automated scraping was a violation of the computer crime law. And Monday, the 3-judge panel issued a unanimous decision rejecting Oracle’s position. As the court held:

“[T]aking data using a method prohibited by the applicable terms of use”— i.e., scraping — “when the taking itself generally is permitted, does not violate” the state computer crime laws.

The court even refers to our brief:

“As EFF puts it, ‘[n]either statute . . . applies to bare violations of a website’s terms of use—such as when a computer user has permission and authorization to access and use the computer or data at issue, but simply accesses or uses the information in a manner the website owner does not like.’”

Ninth Circuit Doubles Down: Violating a Website’s Terms of Service Is Not a Crime [Jamie Williams/EFF]