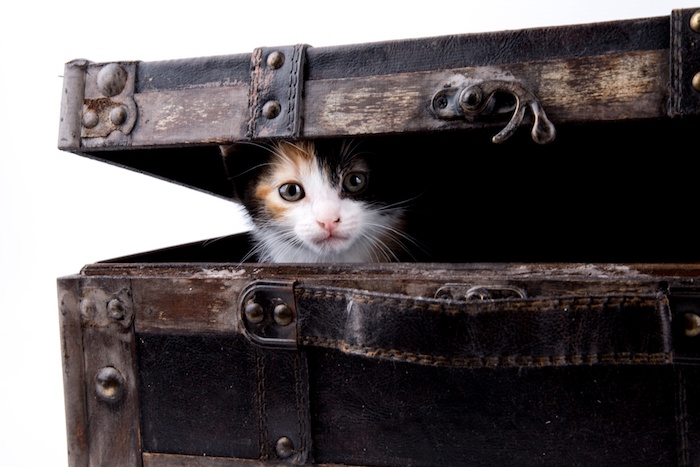 One way to get out of paying airline pet fees is to stuff your beloved pet inside your checked baggage right between the multiple sweatshirts you’re never going to wear. The downside is you’ll have to spend the rest of your life being a complete piece of shit.

Pennsylvania TSA agents foiled such an attempt when workers discovered a 6-month-old kitten being stowed away in a bag at Erie International Airport, according to SFGATE.

It looks like @TSA officers at @ErieAirport (ERI) let the cat out of the bag! (Really!) This beautiful 6-month-old female kitten named "Slim" was spotted curled up among the clothing inside a checked bag. Per @GoErie News: The kitten is now with the local @HumaneSociety. pic.twitter.com/YRmRVtyHPM

A couple is accused of storing the kitten, named Slim, inside a checked bag earlier this month while returning home from traveling for the holidays. Slim is currently in the custody of the local Humane Society.

Even more surprising is the TSA was actually able to stop a restricted item from getting past security.