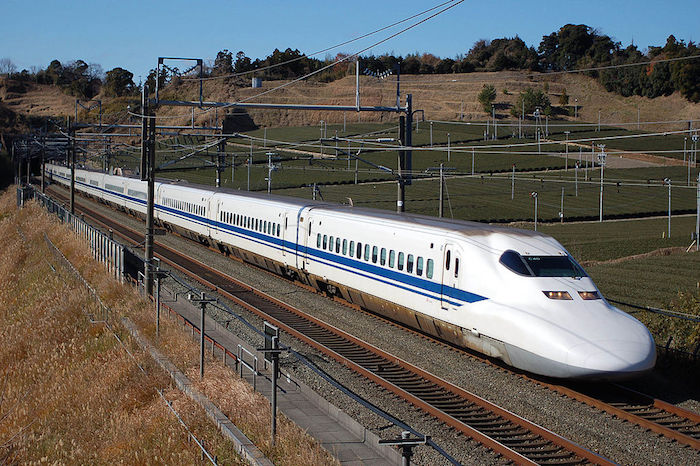 Those pesky deer loitering around Japanese railroad tracks are certain to be no match for expected train technology featuring the sound of barking dogs.

Tokyo railway researchers say the “dog yaps” are effective at disbanding deer and saving them from being struck by trains, which often lead to delays, according to the Japanese newspaper The Asahi Shimbun. Besides the woof mechanisms, the Railway Technical Research Institute is hoping to outfit trains this year with “deer snorts” used to warn fellow deer of potential danger.

The likely unintended consequence is all the undelivered mail to homes built next to the train track.

Via The Asahi Shimbun:

In tests, a 3-second-long recording of a deer’s snort and 20 seconds of a yapping dog were aired from aboard a running train car between evening and late at night, the time of the day when deer typically make frequent appearances. Deer were sighted only 7.5 times per 100 kilometers from aboard the trains, about 45 percent less than when no measures were in place.