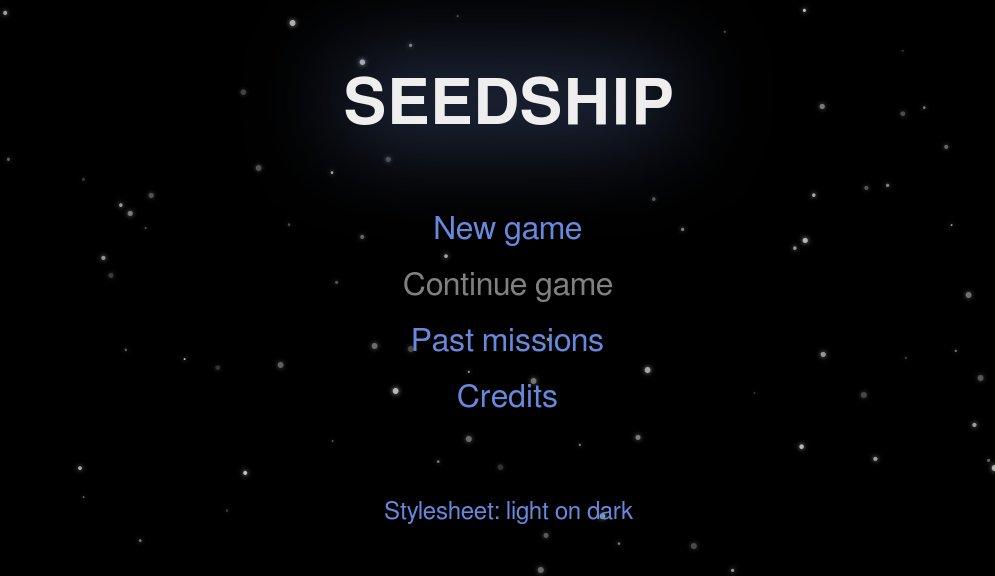 In Seedship (previously), you play a colony ship's AI, piloting a thousand hibernating colonists through unimaginably vast stretches of space, scanning candidate planets and deciding whether or not to found a colony there.

On the way, your ship experiences a variety of dangers and failures, slowly degrading its capacity to seek out new planets. Each planet has its problems -- toxic atmospheres, extreme climate, dangerous fauna or poisonous plants -- and you have to juggle your colonists' ability to thrive amidst these dangers against the possibility that your ship will be crippled or wrecked before you can find a better one.

The longer you wait to settle a planet, the more you learn about the galaxy, giving you the power to reprogram your own sensors to improve their sensors -- but you also increase the chances of losing these sensors altogether thanks to interstellar collisions.