The Financial Times's 404 page is an ingenious, hilarious introduction to major concepts in economic theory 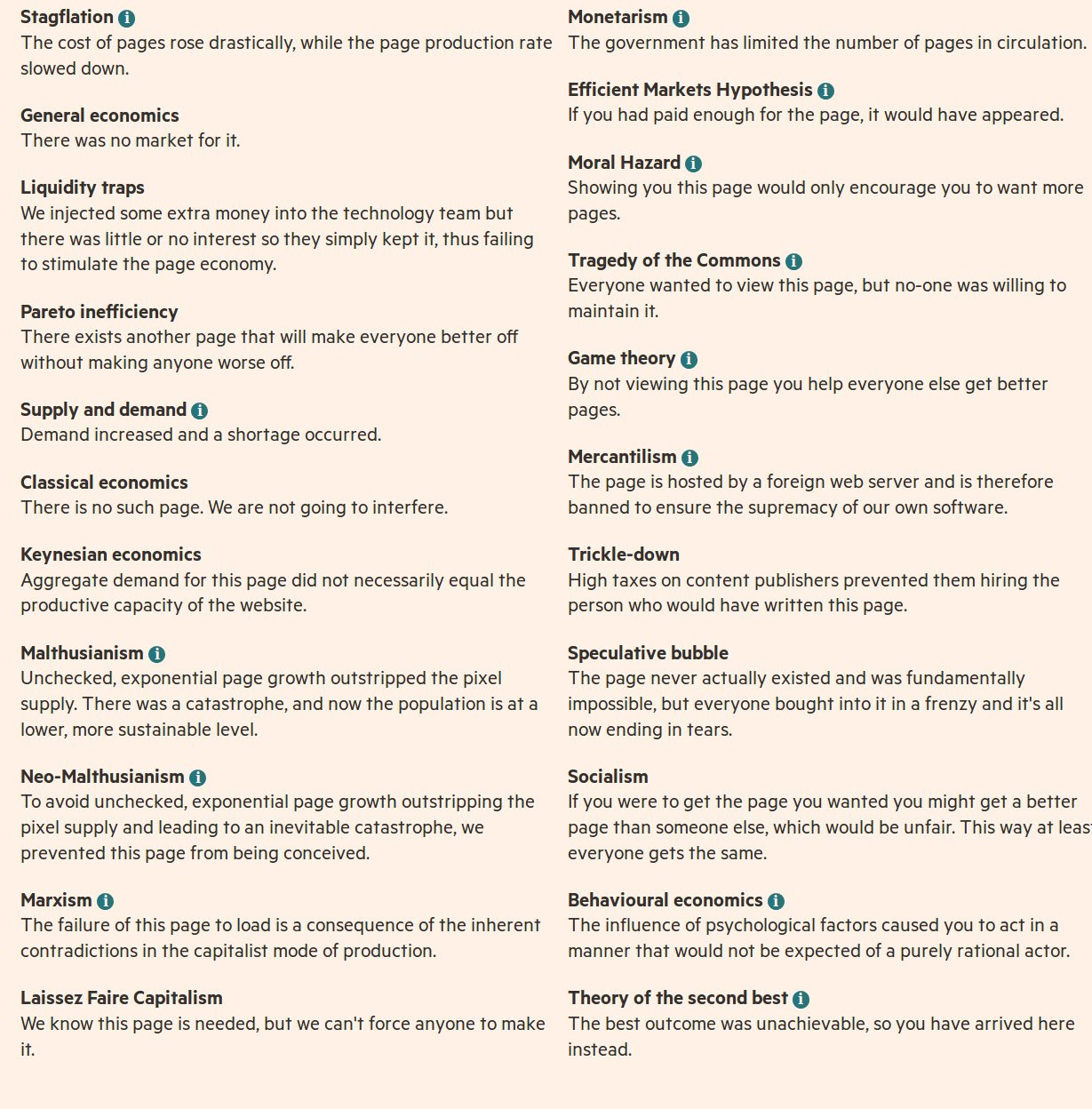 If you hit a dead link on the Financial Times' website, you get a 404 page that offers a series of funny possible explanations for the page's nonexistence, each corresponding to a different economic theory (like "monetarism," the "efficient markets hypothesis" and "trickle-down"), and many are linked to articles from the FT's archives that delve into the concept.

Better still, these articles appear to be outside of the FT's paywall (it's hard to tell, but I was able to click through in private browsing mode on two browsers and over two VPNs).

Stagflation: The cost of pages rose drastically, while the page production rate slowed down.

General economics: There was no market for it.

Liquidity traps: We injected some extra money into the technology team but there was little or no interest so they simply kept it, thus failing to stimulate the page economy.

Pareto inefficiency: There exists another page that will make everyone better off without making anyone worse off.

Supply and demand: Demand increased and a shortage occurred.

Classical economics: There is no such page. We are not going to interfere.

Keynesian economics: Aggregate demand for this page did not necessarily equal the productive capacity of the website.

Malthusianism: Unchecked, exponential page growth outstripped the pixel supply. There was a catastrophe, and now the population is at a lower, more sustainable level.

Neo-Malthusianism: To avoid unchecked, exponential page growth outstripping the pixel supply and leading to an inevitable catastrophe, we prevented this page from being conceived.

Marxism: The failure of this page to load is a consequence of the inherent contradictions in the capitalist mode of production.

Laissez Faire Capitalism: We know this page is needed, but we can't force anyone to make it.