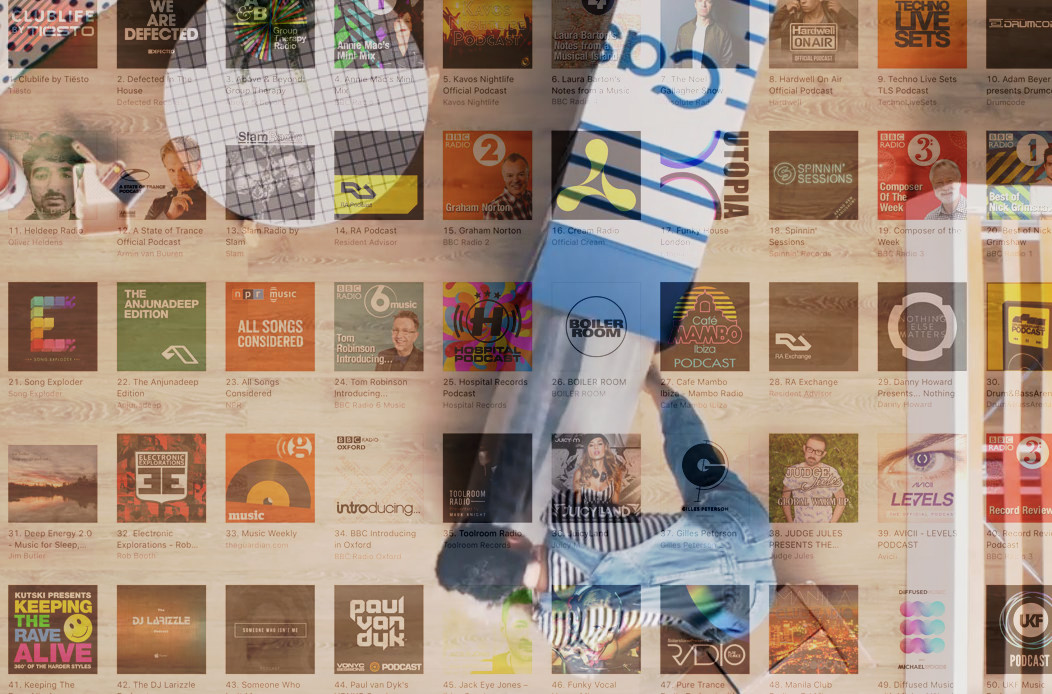 Podcasters and advertisers have long clamored for this data, which Apple refused to release. There was always some queasiness that when/if Apple finally did release its data, there could be real trouble: just as the first website analytics revealed to advertisers just how ineffective their ads were, podcast data could reveal an audience of ad-skippers that killed ad-market for the format. Likewise, the data from Apple might reveal that the podcast listenership overwhelmingly tuned out after five minutes, stampeding advertisers and podcasters to optimize for that format.

Last month, Apple started making data available on podcast playback on Ios 11 devices, and the news looks good. Podcast listeners have not converged on any single format, and they are spookily willing to listen to ads without skipping them.

I confess that I am an aggressive ad-skipper (but I'm also not an Itunes user). In part, that's because I'm not in the market for a Squarespace website or a Casper mattress, and they constitute the overwhelming majority of ads in the podcasts I listen to (I've half-seriously wondered if one day Casper's head of marketing would wake up, decide that podcasts weren't doing it for them, and kill the entire podcast industry at the stroke of a pen).

It may turn out that Squarespace and Casper have been enjoying a stellar bargain: their years of relatively blind faith in podcast listeners' fast-forward forebearance might have got them access to very cheap inventory that will now be repriced at much higher rates, thanks to the new data and the marketers who'll give the format a second look. (It may be that the podcast advertising standbys were smart enough to lock in their rates for long runs, though, which will suddenly make the inventory of podcasts that had no regular sponsors worth more as the only game in town).

Across the podcast ecosystem, the results are similarly uplifting. At Panoply, home to podcasts like Slate’s Political Gabfest and Malcolm Gladwell’s Revisionist History, CTO Jason Cox says that listeners are typically getting through 80-90 percent of content; the same is true at Headgum, the podcast network started by Jake Hurwitz and Amir Blumenfeld. Those numbers tend to be steady regardless of the length of the show—and according to Panoply, the few listeners who do skip ads continue to remain engaged with the episode, rather than dropping off at the first sign of an interruption. “I think people are overall very relieved to see that people are actually listening the way that we hoped,” says Headgum CTO Andrew Pile. “There are really audiences out there who listen to every word that comes out of [a host’s] mouth.”

So what does this all mean for podcast listeners? For starters, it means you don’t need to worry that your feed will become populated with shows nearly identical in structure and length as podcasters rush to optimize around the new data—the doomsday podcast equivalent of, say, pivoting to video. “What we’re not seeing is any glaring indication that all podcasts should be, say, 15 minutes and 30 secs long, and that’s the optimal length,” says Cox. Quite the contrary, in fact: podcast enthusiasts may expect to see more experimentation in form over the coming months, as podcasters are now able to evaluate how their audiences respond when they drop an entire season at once or switch to a daily format for a week.