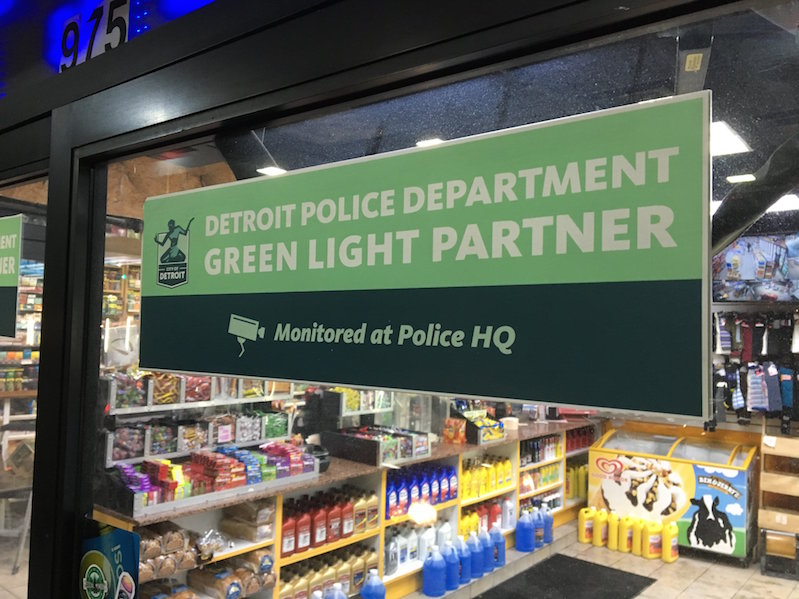 If someone has been trashing your Detroit gas station for an hour, and cops still haven't responded, chances are your business hasn't enrolled in Project Green Light.

The idea is that the green light will attract customers by deterring criminals. All you have to do join is install a small fortune in surveillance equipment and a prominent green light, then give police direct access to all the livestreams in your business. Via Detroit News:

Businesses pay between $4,000 and $6,000 to join Project Green Light, a program that allows police to monitor businesses’ video surveillance feeds in real time. The cost covers installation of high-definition cameras and lighting. There also is a monthly fee of up to $150 for cloud-based video storage.

In exchange, participating companies are given Priority 1 status on police dispatches — but some business owners who don’t participate feel they’re being treated like secondary citizens.

“It’s not fair,” said Abdo Nagi, owner of a 76 gas station on Grand River on Detroit’s west side that is not part of the program. “We should all be equal. I pay high taxes already. Now I have to pay extra to get the police to come?

They may soon start making it mandatory for certain kinds of businesses.