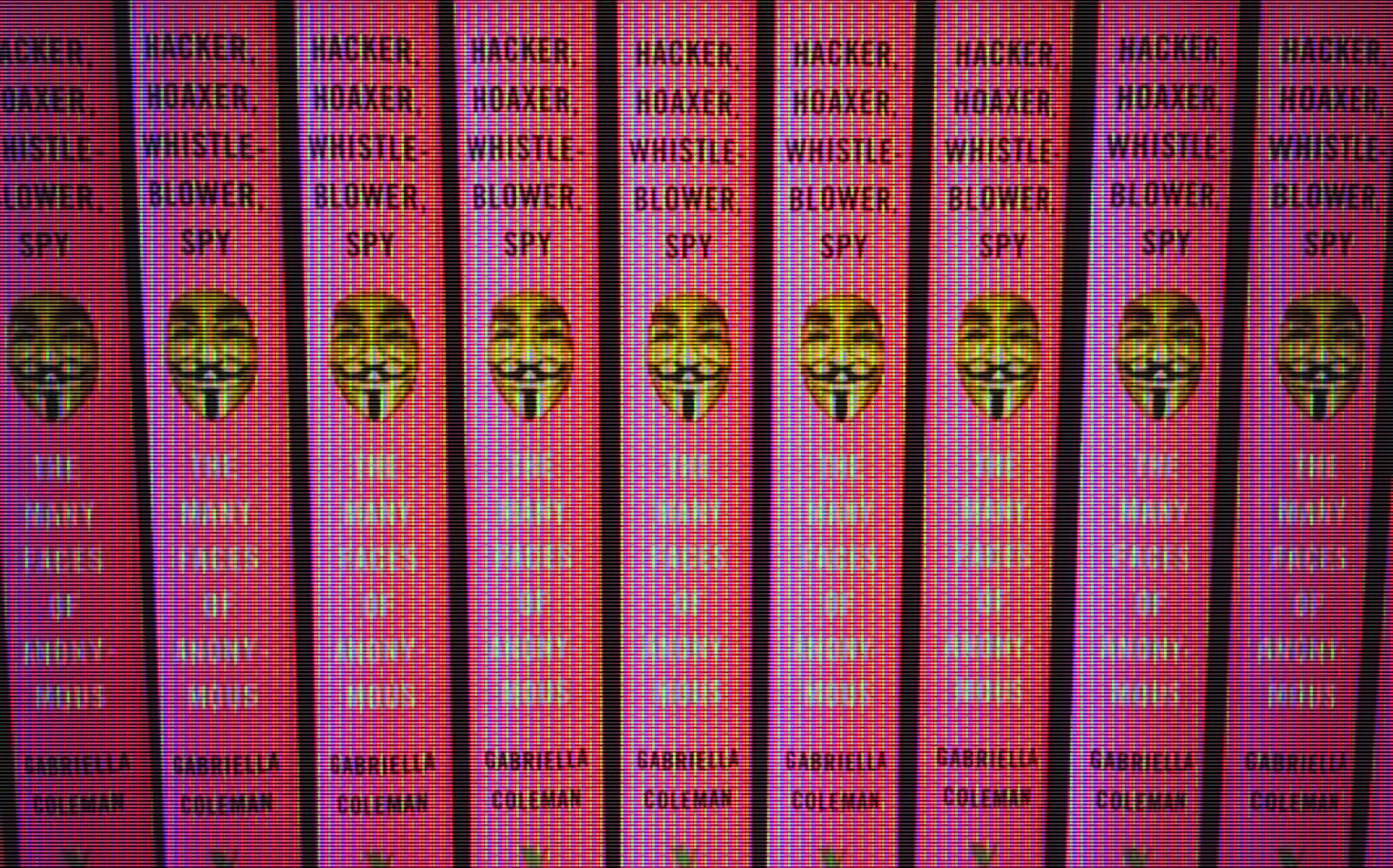 Indeed, when all the nitty gritty details about the scope, breadth and depth of contemporary surveillance are laid bare, I understand why my students (and so many of the rest of us) get sucked into a hopeless vortex of gloom. But if we also step back to consider the wide-ranging ethical, legal, and philosophical defenses now animating both the right to anonymity and privacy and the tools being developed to protect them, maybe the situation is not quite as dire as it first appears.

Just as free speech ideals were both concertized and fleshed out over a hundred year period as they pierced public consciousness during pitched political battles – such as those waged in Spokane by the Industrial Workers of the World in the early 1900s or by the Berkeley free speech protests in the 1960s — so to have grassroots privacy and anonymity initiatives reached a critical mass. For the first time in history, these issues have gravitational pull, clarifying the stakes around privacy and anonymity and pulling more citizens into the orbit of this nascent movement.

For the past hundred years, privacy has been theorized in the liberal tradition as a right — “the right,” (as Louis Brandeis and Samuel Warren famously put it in 1890) “to be let alone." Fleshed out in legal cases and statutes over the course of the 20th century, the right to privacy has become a primary democratic concern – theoretical and legal arguments for anonymity came a bit later.

It wasn't until the 1960s that Supreme Court cases and law journal articles in the US began to consider the role of anonymity in enabling democratic free speech, bringing depth and nuance to the issue. Many civil libertarians today can cite the famous 1985 Supreme Court case about the legality of distributing anonymous political material — McIntyre v. Ohio — that detailed how anonymity aids free speech. “[A]n author's decision to remain anonymous, like other decisions concerning omissions or additions to the content of a publication,” wrote the Court, “is an aspect of the freedom of speech protected by the First Amendment.”

But these debates and arguments for privacy and anonymity were circumscribed and limited in reach until quite recently. In the last two decades (and especially the past five years) justifications and demands for privacy and anonymity have escaped the rarefied atmosphere of legal theory, policy making, and academic discourse and entered into the hands of technology collectives, journalists, radical librarians, filmmakers, hackers, software and hardware developers, and NGOs of varying stripes. More so, the right to privacy — the right to control what information is known about you — has been matched by a more sophisticated understanding of its relationship to anonymity — the right to act and speak without having to reveal who you are.

The intelligence documents leaked by Edward Snowden were significant in this regard and for three different reasons. First, and most obviously, the detailed reportage based on the documents provided the public with a level of concrete details about the government’s frighteningly robust capacities and capabilities for surveillance — and its willingness to illegally and legally exploit the corporate collection of data for its own ends — that simply did not exist before; among other revelations we learned about Boundless Informant and XKeyscore."

Unsurprisingly, in the hacker community (where people were already heavily invested in fighting for privacy and anonymity) these disclosures were experienced as a historic and urgent wake-up call. New projects have sprung up in the form of encryption tool development and campaigns aimed at changing laws and social norms.

Countless existing policy, technology, and activist projects, initiated by groups like the Electronic Frontier Foundation, Fight for the Future, the Open Technology Institute, Library Freedom Project, Big Brother Watch and Privacy International have found new focus and amplified reach. Targeted grassroots policy and technological campaigns, such as Reset the Net, seek to “to spread NSA-resistant privacy tools” so that they might become default features of the Internet — whether through their normative uptake or their outright encoding into basic technological protocols and technologies like The Amnesic Incognito Live System (also known as Tails, an operating system built for anonymity); Tor (or The Onion Router, an open source project developing a popular anonymizer); Signal (for encrypted chats and phone calls), DuckDuckGo (“the Search Engine that does not track you” as their tagline goes) and LEAP (a recursive acronym for the LEAP Encryption Access Project, which modifies existing encryption tools to make them user friendly) are being funded by private citizens and new media organizations like the Freedom of the Press Foundation.

Finally, Edward Snowden — a well-known public figure already lionized in Hollywood and documentary film — has used his platform to educate scores of students and other members of the public through copious speaking engagements that cover everything from threats to privacy and anonymity to the practical steps citizens can take to stop them. I personally witnessed him speak at the university where I teach and the crowd he drew in was nothing short of astonishing. Although we only had 600 seats, thousands of people lined up for hours for a chance to see him and when it was clear most of them would be turned away, a riot nearly broke out (after we informed him of the dicey situation, he graciously agreed to live stream the event).

To be sure, many students were likely only there because he is a celebrity of sorts but he used his time judiciously to meaningfully educate the audience about civil liberties. Anyone who has seen his speeches knows just how patiently, thoroughly, passionately but also cogently and reasonably he defends the right to privacy and anonymity. His insights about privacy, surveillance, and anonymity like his now famous quip "Arguing that you don't care about the right to privacy because you have nothing to hide is no different than saying you don't care about free speech because you have nothing to say," furnish the public with powerful aphorisms that distill complicated values in a mere sentence and busted one of the most prevalent myths about privacy into into smithereens. If Mario Savio became the icon for the free speech movement of the 1960s, today Edward Snowden occupies a similar slot for the contemporary privacy and anonymity movement.

Just because there are more prominent figures, organizations, justifications, news outlets, collectives, and projects rallying citizens to fight for privacy and anonymity and more hackers are developing anonymity and privacy tools, it does not follow that these efforts will dismantle, bypass or monkey wrench surveillance machine that erodes and undermines these values. Indeed, given the existing state of most anonymity tools, attaining bullet proof technical anonymity is still currently unattainable, at least for most citizens. To thoroughly conceal your digital tracks, you have to take hefty, time consuming measures. Many of us lack the time, knowledge, and patience to transform ourselves from traceable humans to untraceable ghosts.

Nevertheless, in the span of a mere decade many of the existing tools have gone from almost unusable to usable and more vitally have been placed in the hands of those who need the most: dissidents, journalists, researchers, human rights workers, and public interest lawyers. Edward Snowden himself relied on a suite of these tools to communicate with the journalists he worked with to leak material and documents. Today a subclass of these tools—like Signal and the Tor Browser—are a snap to download and use. The tools themselves are designed with privacy and anonymity in mind and help inculcate those values as they spread and are adopted.

The existence of a social movement offers no guarantees of success—but this is a predicament faced by every single social movement from the environmental movement to civil rights endeavors. Yet the fact that today we are celebrating Data Privacy Day and citizens can start taking small steps to protect their data, is certainly not an occasion to blindly celebrate as if the battle for privacy and anonymity has been won. It is simply an occasion to acknowledge that the battle has just begun.