The horseback librarians of the 1930s 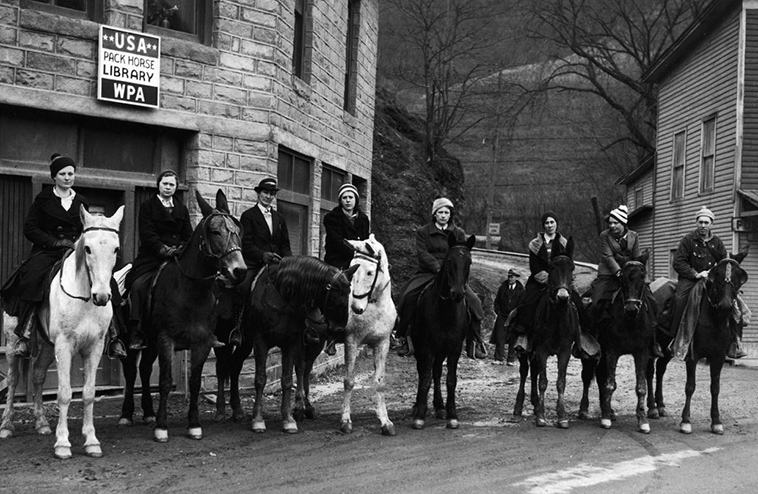 Here's an amazing set of photos of the female librarians of the 1930s, who traveled by horse to remote mountain areas in Kentucky, delivering books to catalyze literacy.

It's the sort of brilliant, public-minded program we could use a lot more of today. As History Daily writes:

President Franklin Roosevelt was trying to figure out a way to resolve the Great Depression of the 1930s. His Works Progress Administration created the Pack Horse Library Initiative to help Americans become more literate so that they'd have a better chance of finding employment.

These librarians would adventure through muddy creeks and snowy hills just to deliver books to the people of these isolated areas.

These adventurous women on horseback would ride as much as 120 miles within a given week, regardless of the terrain or weather conditions. Sometimes, they would have to finish their travels on foot if their destination was in a place too remote and tough for horses to go. [snip]

These women had to be locally known to people too or else those living in the mountains would not trust them.

It's another reminder — as if we needed more — that we should probably let librarians run the country.