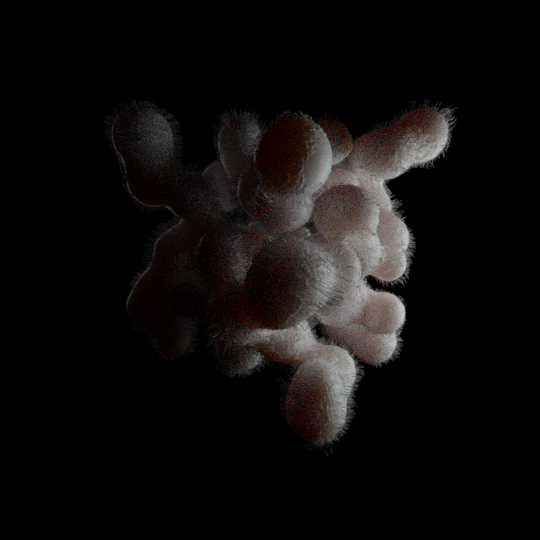 Etienne Bouteille made a twitter bot that "renders hairy balls" every three hours. They're not naughty, unless you benefit from extraordinarily versatile perversions, but they are all very hairy and very balls.

Check out Etienne's guide to creating similar bots with Blender and a Raspberry Pi.

In total the system is composed of four different parts :

• A script to run in Blender — This is were you will add procedural elements for your bot, that will be different in every picture