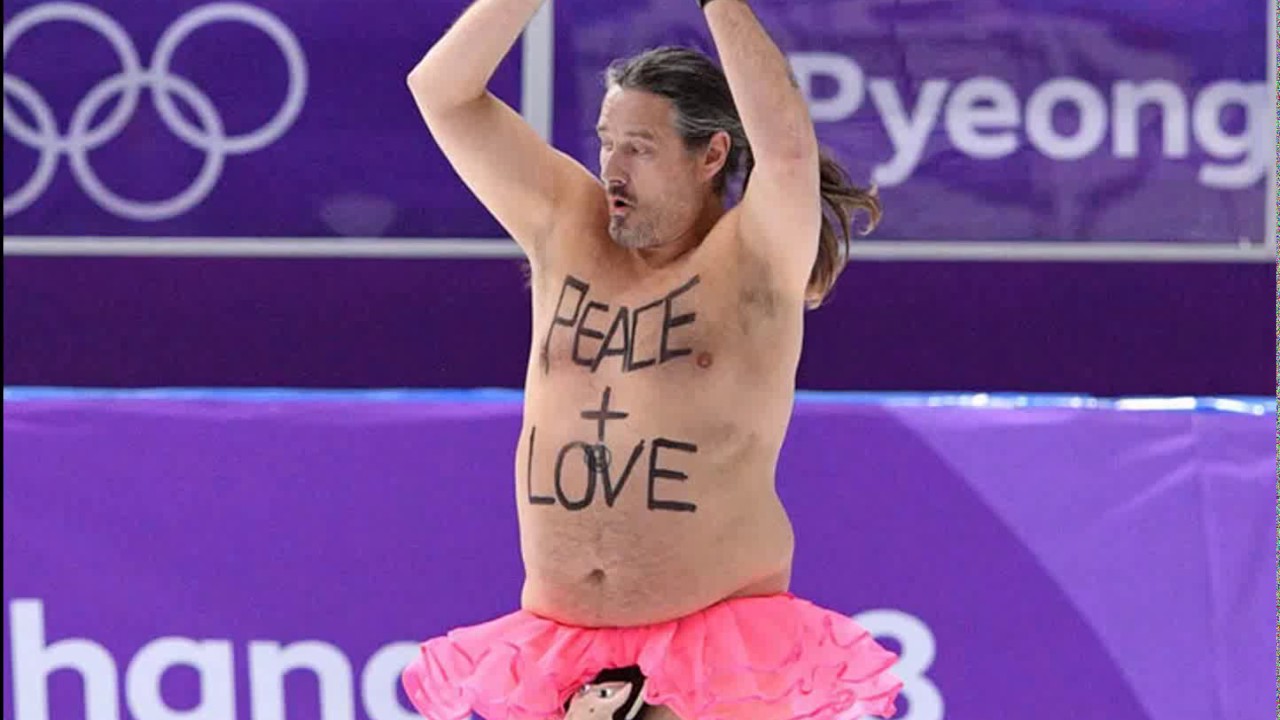 The British nudist who hopped onto an Olympic ice rink at PyeongChang in a pink tutu and a monkey-faced codpiece (strategically covering his junk, of course) has a long history of streaking. For 25 years now, Roberts has run bare (partially or completely) at hundreds of international sport events, including Super Bowls. Yahoo News reports that Roberts has performed his stunts at 562 events in 22 countries.

With the message "Peace + Love" scrawled on his chest, the pony-tailed dad-of-three jumped over the rink's barrier Friday morning after the Men’s 1,000-meter Speed Skating event, slipping and sliding on the ice:

Here's a revealing (heh) interview with Roberts from 2001:

And here's a 2008 interview with him and then his mother (who admits dropping him on his head as a baby):

As my pal jessiejessup quipped, "Not all heroes wear capes."