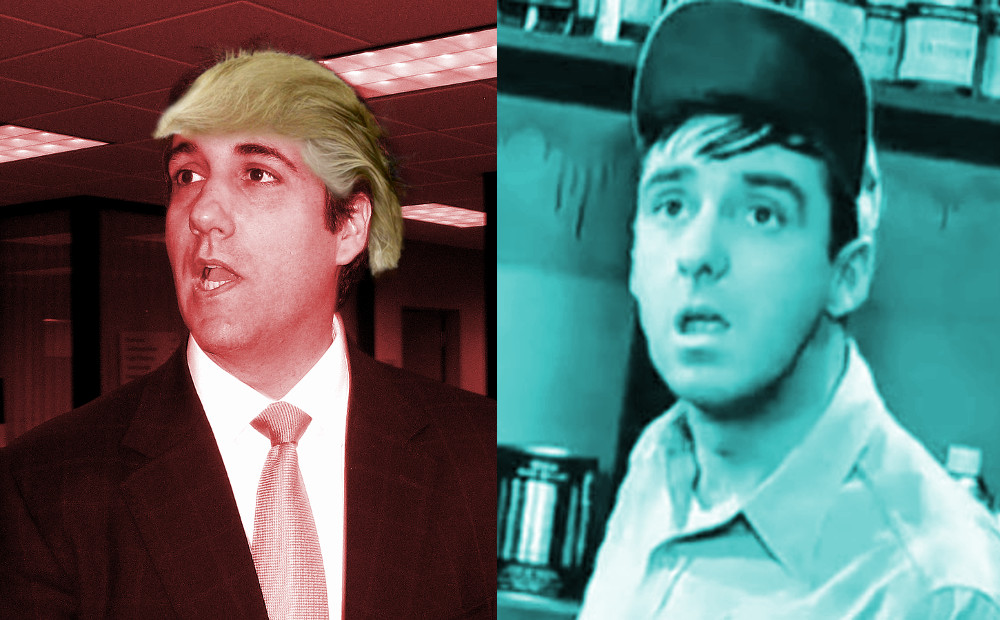 It's hard to know what to make of the raid on Trump family lawyer/bagman/fixer Michael Cohen's office -- there's been plenty of news tick-tock on the subject and legal experts agree that something momentous is going on, but what, exactly, does it all mean.

Writing in the New Yorker, veteran reporter Adam Davidson talks about how experts on Trump's business believe that the big shakeup is likely to come from Michael Cohen's complicity in crooked deals around the world. Trump-watchers understand that Trump has a farcically long rap-sheet when it comes to dirty, criminal, deals -- and moreover, these deals are also incompetent. Trump, they say, isn't a shrewd billionaire businessman, he's just a low-standards hustler willing to put his name on buildings that no one else would touch, and his lawyer isn't an evil genius, he's just a thug willing to work for a man like Trump and willing to recklessly threaten people to get Trump's bidding done.

The raid on Cohen's office implicates New York state prosecutors as well as federal law enforcement and prosecutors, and while Trump can simply pardon, fire, and obstruct feds with few consequences, he's got no real power over their New York equivalents, which means that there's a chance that Trump will see his crooked dealings hauled into the public domain.

Davidson thinks could trigger the long-overdue confidence crisis in Trump's base, likening this to the moment when America lost faith in GW Bush and his claims of victory in Iraq.

A contrasting view comes from former Southern District of New York Prosecutor Andrew C McCarthy, writing in the National Review, who speculates that the raid was triggered by evidence of "intimidation and coercive tactics" in the silencing of Trump critics in the runup to the 2016 elections. As a legal matter, McCarthy thinks these are likely to have grave consequences for Trump, Cohen, and their retinue.

Both think this might be the beginning of the end, but neither can quite agree on what that end will be.

As I explained earlier this week, the only thing protected in a lawyer’s office are attorney–client communications and work product. If Cohen had incriminating items unrelated to attorney work in his office, being a lawyer does not shield him from liability. Furthermore, if there is no attorney–client relationship on a particular matter, there is no privilege. Trump and Cohen both say that Cohen did not tell Trump about the Clifford arrangement. Sounds implausible, but on its face it means there was no attorney–client relationship regarding that transaction.

More important, if a lawyer is involved with a client in a criminal conspiracy, the crime-fraud exception to the attorney–client privilege strips their communications of privileged status. It seems evident that prosecutors are investigating on the theory that Clifford, McDougal, and perhaps others were defrauded or extorted into silence. The fact that they accepted money does not foreclose the possibility that their agreement to remain silent was procured, in part, by trickery or threats.

When Hillary Clinton inserted lawyers at various stages of her email scandal, in order to conceal the mishandling of classified information, the destruction of government records, and the obstruction of investigations, some of us pointed out that when lawyers become actors in criminal schemes, there is no privilege. That’s still true.

No wrongdoing has been established at this point. But the SDNY investigation is a serious matter.