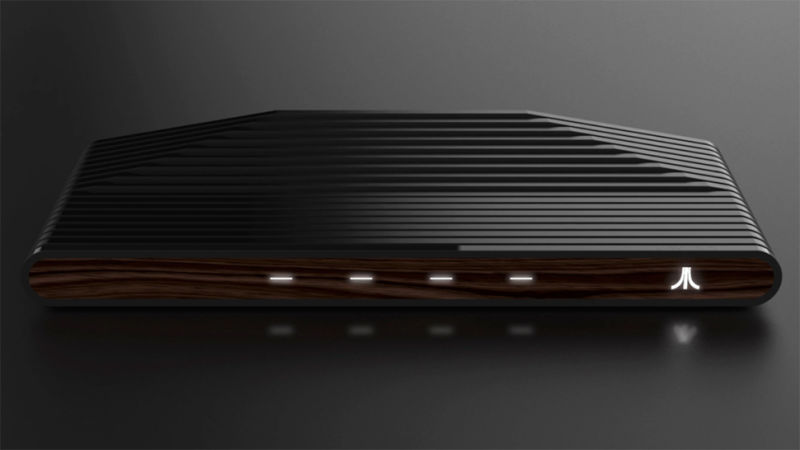 Atari's retro game console, annoyingly given the same name as the 1977 original, won't be showing up until 2019, reports Andrew Tarantola. But you'll be able to pre-order it soon anyway.

We're also finally getting a hint at the system's capabilities. Atari announced on Monday that it has partnered with AMD for the console's processor. The VCS will support 4K resolutions, HDR and 60fps gameplay. It will offer both internal and external storage, built-in WiFi, USB 3 and Bluetooth 5 capabilities.

The company is still tight-lipped as to what you'll actually be able to do with the VCS, however.

Charming as it is, the high price demands 21st century performance. Another benefit of a good video chip will be mining Ataricoin.