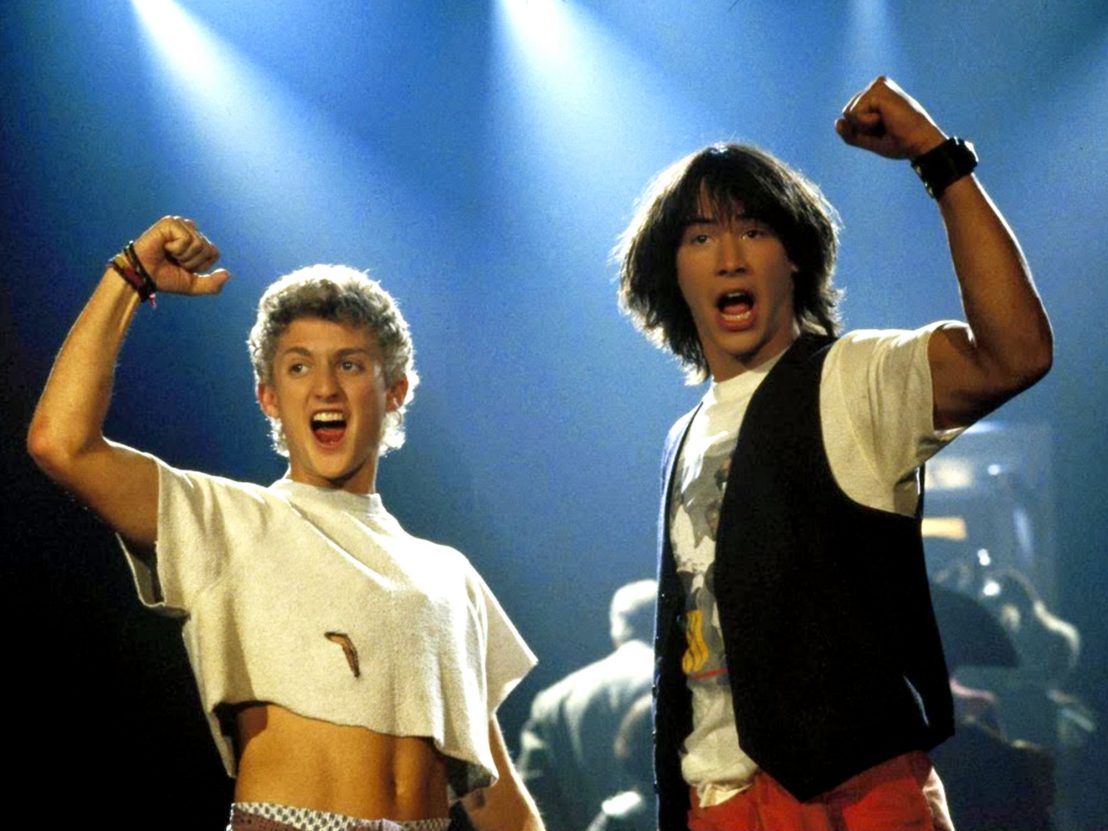 Bill and Ted's mentor Rufus (played by the late great George Carlin who passed in 2008) will be part of the new film, according to its writer Ed Solomon in a JanuaryDigitalSpy interview.

"There's actually a scene – one of my favourite scenes in the whole movie – where middle-aged, 50-year-old Bill and Ted return to the Circle K and see their teen selves and Rufus, and actually interact with their teenage selves, played by their actual teenage selves.

"They return to that scene at the Circle K when Bill and Ted first meet themselves, only now they're watching their younger selves and looking at the exuberance and joy that they had at that time in their lives. And they see Rufus, they see George Carlin...

San Dimas High School, famed alma mater of Bill S. Preston, ESQ. and Ted “Theodore” Logan, is ready to host The Wyld Stallyns, if the new Bill and Ted 3 needs a high school location. CBS: TMZ reports that according to the Bonita Unified School District, Reeves, Winter, and the rest of production are welcome […]

The world is about to get a lot more excellent. Watch this special announcement from your two favorite dudes! 8.21.20 ?⚡️ pic.twitter.com/miOtBhinlC — Bill & Ted 3 (@BillandTed3) March 20, 2019 Thank you both, and everyone else on the project, for working so hard to bring Bill S. Preston and Ted “Theodore” Logan back to […]